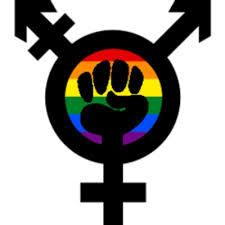 The concentration in Gender, Literature and Culture is designed to allow students to explore the complex effects of gender on the literary text: thus, students choosing this concentration will not only consider the thematic implications of historically specific gender constructions, but also gender's effect on literary authorship, on textual reception and on the development of language itself: on what *can* be said. All students in this concentration will expose themselves to the range and richness of writing by and about women, since the history of women's writing is a complex one, filled with struggle, invention, and rebellion. Women have, for instance, not always had access to books, and it is only in the last 2 centuries that girls have routinely been taught to read and write. With some notable exceptions--the medieval pilgrim Margery Kempe, the Restoration dramatist Aphra Behn--women did not begin writing professionally until the eighteenth century, when rising literacy rates, changing gender roles, and enabled the emergence of a new, exceedingly popular prose form, the novel. It was then that "lady novelists" set the terms for women's writing, which has ever since been deeply concerned with asking what a woman is and what she can become. Meanwhile, while male dominance of literary production and reception had a drastic effect on the representation of women, it has also, paradoxically, sometimes rendered maleness itself obscure or invisible. Thus, this concentration is also for students interested in the construction of male gender : courses with a focus on such matters as Elizabethan stage practices, 18th century theories of consent, Victorian sexuality, post-colonial exploration and conquest, African American masculinities, gays and lesbians in 19th century America and Asian American gender roles will expose students the complex dance of both genders in literature and culture.

Worksheet and Eligible Courses for Gender/Sexuality

ENGL or courses cross-listed "Also Offered As" with ENGL that are tagged with the AEGS attribute may count for this concentration.

Please get in touch with your Major advisor or the Undergraduate Chair if you took a GSWS-related course that was not tagged with the AEGS attribute in Path@Penn--we could then review it to grant an exception.