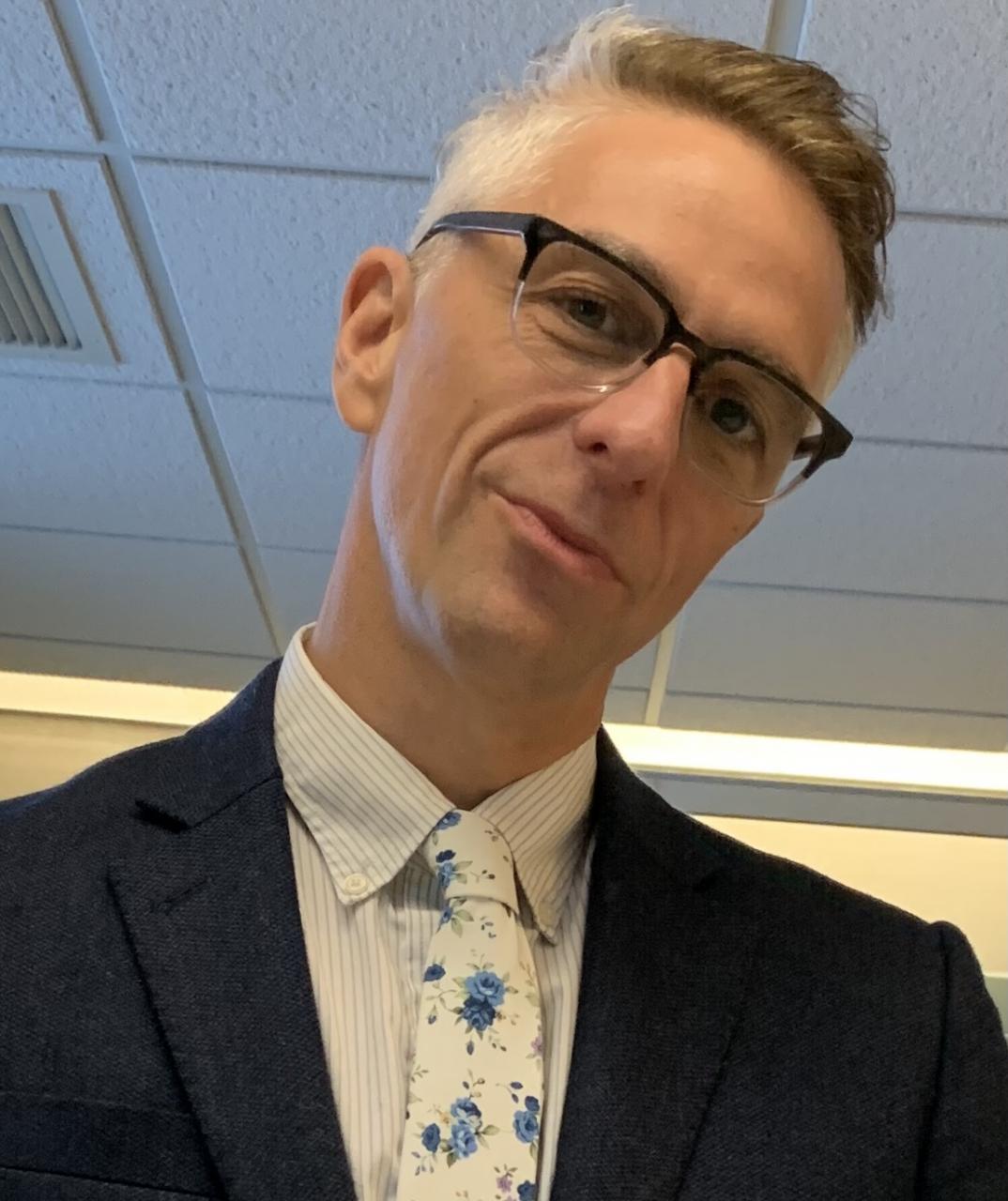 David Kazanjian received his PhD from the Rhetoric Department at the University of California, Berkeley, his M.A. in Critical Theory from the University of Sussex, and his B.A. in Modern Thought and Literature from Stanford University. His area of specialization is transnational American literary and historical studies through the 19th century. His additional fields of research are political philosophy, continental philosophy, Latin American studies (especially 17th through 19th-century Mexico), colonial discourse studies, and Armenian diaspora studies. He has been a member of the School of Social Science at the Institute for Advanced Study in Princeton, a Wertheim Scholar at the New York Public Library, and a fellow at the John Carter Brown Library. He has received grants from the Andrew W. Mellon Foundation for a Sawyer Seminar on "Race, across Time and Space," the National Endowment for the Humanities, and the Calouste Gulbenkian Foundation. His first book The Colonizing Trick: National Culture and Imperial Citizenship in Early America (Minnesota) offers a comparative study of colonial and antebellum, racial and national formations, and a critique of the formal egalitarianism that animated early U.S. citizenship. He has co-edited (with David L. Eng) Loss: The Politics of Mourning (California), as well as (with Shay Brawn, Bonnie Dow, Lisa Maria Hogeland, Mary Klages, Deb Meem, and Rhonda Pettit) The Aunt Lute Anthology of U.S. Women Writers, Volume One: Seventeenth through Nineteenth Centuries (Aunt Lute Books). He has also published widely on the cultural politics of the North American-Armenian diaspora, and co-edits—with Priscilla Wald (Duke) and Elizabeth McHenry (NYU)—a book series on America and the Long 19th Century for NYU Press. He is a member of the editorial collective of the journal Social Text and of the organizing collective of the Tepoztlán Institute for Transnational History of the Americas, which he co-directed from 2017-19. His most recent monograph, The Brink of Freedom: Improvising Life in the Nineteenth-Century Atlantic World (Duke) is a study of two 19th-century social movements (the black settler colonization of Liberia and the Caste War of Yucatán) that improvised with liberal discursive practices of freedom. He is currently at work on two monographs: Ante-Possession: The Afterlives of Dispossession, a study of 17th and 18th-century legal cases of dispossession in New England and Yucatán; and Kinships Past, Kinship's Futures, which tracks the emergent re-orientation of Armenian diasporic cultural politics away from the normative task of identity consolidation and toward an openness to odar worlds.

"Dispossession: Reimagined from the 1690s" A Time for Critique (2019)
"Diasporic Flanerie: From Armenian Ruinenlust to Armenia’s Walkscapes" An Armenian Mediterranean: Words and Worlds in Motion (2018)
"Self-Portrait as a Queered Armenian Studies" Armenian Review (2018)
"Freedom’s Surprise: Two Paths through Slavery’s Archives" History of the Present: A Journal of Critical History (2016)
"Introduction and Coda" The Brink of Freedom: Improvising Life in the Nineteenth-Century Atlantic World (2016)
"Scenes of Speculation" Social Text (2015)
"The Dime Novel" Oxford History of the Novel in English: Volume 6: The American Novel 1870-1940 (2014)
"Hegel, Liberia" Diacritics (2012)
"Re-flexion: Genocide in Ruins" Discourse (2011)
"Marxism" Social Text (2009)

Eve Eure "The Grammar of Kinship: Black and Native Intimacies in the 19th Century"

Evelyn Soto "Beyond the Black Legend: Spanish-American Political Imaginaries in the U.S., 1800 - 1855"

Marina Bilbija "Worlds of Color: Black Internationalism and the Periodical in the Age of Empire"

ENGL 353.401 Pirates, Sinners, and Castaways: Literature from the Other Atlantic
ENGL 790.401 Marx and American Studies

ENGL 248.301 Pirates, Sinners and Castaways: Literature from the Other Atlantic

ENGL 248.301 Pirates, Sinners, and Castaways: Literature from the Other Atlantic

ENGL 748.301 Freedom: Afro-Diasporic Improvisations with the Enlightenment in Early America