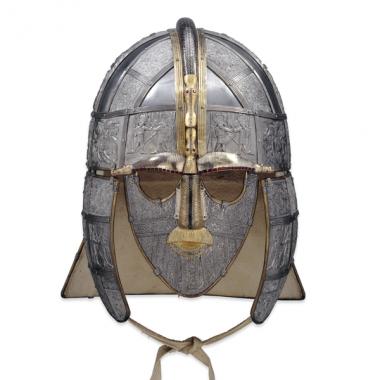 Students choosing this concentration follow English literature — Chaucer, Margery Kempe, Spenser, Shakespeare, and Milton — through the most volatile and dramatic phases of its development. Much of this literature was composed to be recited or performed in public, not read in lonely silence. Germanic, Scandinavian, and French invasions of Britain (culminating in the Conquest of 1066) drove Celtic culture to the margins while creating vocabularies of unmatched complexity (and poetic potential): in English, you can choose between the Holy Ghost (Germanic root) or the Holy Spirit (Latin), dark (Germanic) or obscure (Latin), pig and pork, etc. In the fourteenth century, the English countryside formed the powerhouse of the economy and poets wrote about millers, weavers (such as the Wife of Bath), and agricultural workers (Piers Plowman). Pilgrims, such as Margery Kempe, traveled freely within a European-wide Catholic culture to Rome, Gdansk, and Jerusalem. Following decades of civil war, which inspired Sir Thomas Malory to lament the passing of chivalry (Morte D'Arthur), a powerful new dynasty arose: the Tudors. Then, in the earlier sixteenth century, Henry VIII effected a revolutionary break with Roman Catholicism. Poets and playwrights took leading roles in refashioning England as a Protestant nation: Spenser adapted medieval genres of allegory and romance to celebrate not the Virgin Mary, but the Virgin Queen (Elizabeth I); medieval “mystery” or drama cycles took on Protestant themes; the great commercial theater of Marlowe and Shakespeare drew crowds and made money. Puritan activism subsequently closed the theaters; Puritans and royalists eventually divided in a second civil war that led to the beheading of the King, the foundation of a Commonwealth, and the epical visions of Milton. English colonization, which had begun with invasions of Wales and Ireland, spread westward to the Americas and later became global in scope. The New World was greeted with wonder and exploited through settlement and slavery. All of this runs through the vibrant literature of this extraordinary period: a time that provides much food for thought as we proceed in this new millennium, with the United States and its corporate cultures in a position of unparalleled (and yet increasingly challenged) global dominance.

Relevant courses will have the attribute AEMC in Path@Penn.

Worksheet and Eligible Courses for Medieval/Renaissance

ENGL or courses cross-listed "Also Offered As" with ENGL that are tagged with the AEMC attribute may count for this concentration.

Please get in touch with your Major advisor or the Undergraduate Chair if you took a Med/Ren-related course that was not tagged with the AEMC attribute in Path@Penn--we could then review it to grant an exception.