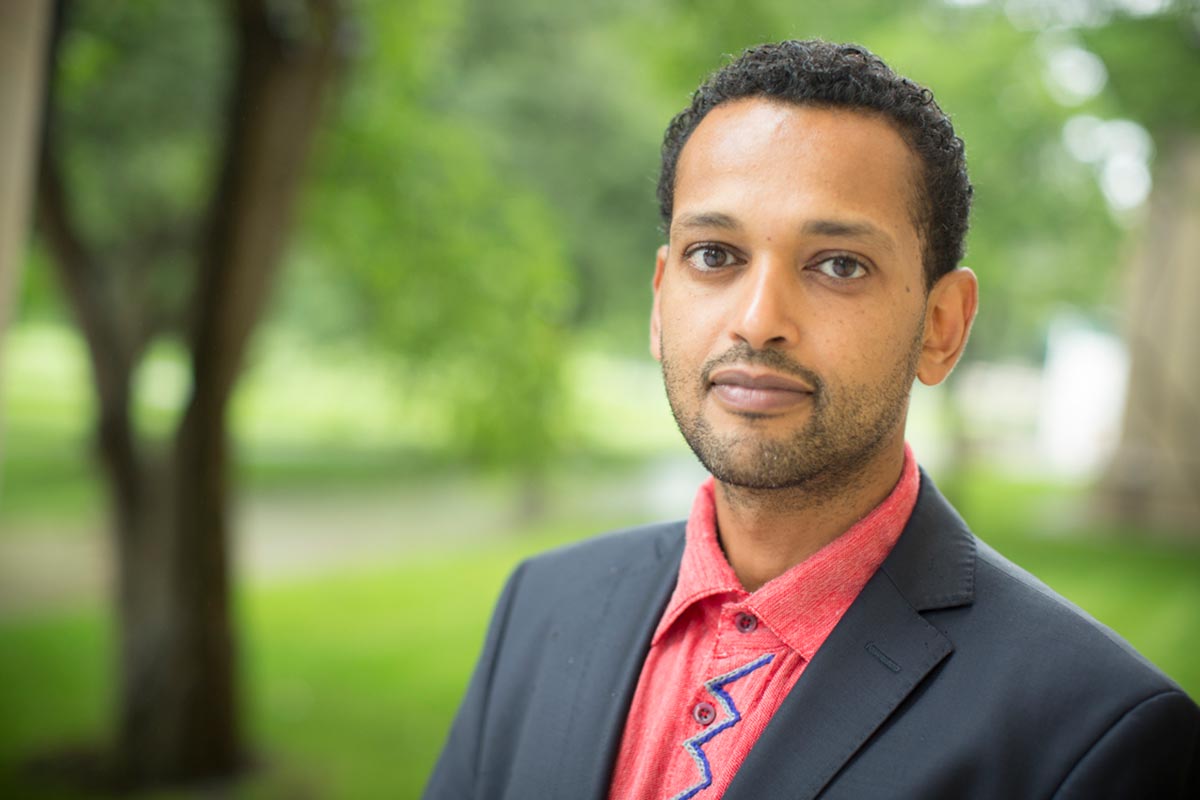 A scholar of African American literature and art, Dagmawi Woubshet works at the intersections of African American, LGBTQIA+, and African studies. These overlapping areas of inquiry inform his scholarship and research, including his book The Calendar of Loss: Race, Sexuality, and Mourning in the Early Era of AIDS (Johns Hopkins University Press, 2015), and the co-edited volume Ethiopia: Literature, Art, and Culture, a special issue of Callaloo (2010). His writings have appeared in various publications including Transition, NKA: Journal of Contemporary African Art, The Atlantic, and African Lives: An Anthology. He is currently completing two book projects: James Baldwin and the Art of Late-Style, and the first English translation of Sebhat Gebre Egziabher’s 1966 Amharic novel, ሰባተኛው መላክ Säbatägnaw Mälak [The Seventh Angel]. Woubshet is an associate editor of Callaloo and has served on the Board of Directors of the Center for Lesbian and Gay Studies (CLAGS) at the Graduate Center, City University of New York. He has been a fellow at the Institute of Ethiopian Studies at Addis Ababa University (2010-11); a Scholar-in-Residence at the Modern Art Museum in Addis Ababa, Ethiopia, where he curated Julie Mehretu: The Addis Show (2016); and, most recently, he was the Inaugural Senior Fellow at the Africa Institute in Sharjah, UAE (2020-21). Before joining the University of Pennsylvania in 2017, Woubshet taught at Cornell University where he was named one of “The 10 Best Professors at Cornell.” He received his Ph.D. in the History of American Civilization from Harvard University and his B.A. in Political Science and History from Duke University.

ENGL 074.401 The 1980s: African American Literature and Culture
ENGL 271.401 Reading the Contemporary: Literature and Art in Africa and the African Diaspora