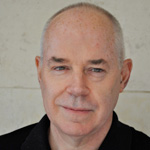 David Wallace has been Judith Rodin Professor of English, University of Pennsylvania, since 1996, with visiting stints at London, Melbourne, Princeton, and Jerusalem (twice). He is a Fellow of the English Association (http://www2.le.ac.uk/offices/english-association), was  awarded the Sir Israel Gollancz Prize by the British Academy (https://www.thebritishacademy.ac.uk/prizes-medals/sir-israel-gollancz-prize), and served as President, Medieval Academy of America (http://www.medievalacademy.org) from 2018-19. In 2021-2 he was Faculty Fellow at Penn's Wolf Humanities Center, where the topic was "Migration."

David's primary commitments have been to Europe and European literatures, to the performance and enjoyment of poetry (especially Chaucer), to Dante and his afterlife, and to helping secure a viable future for younger scholars.

His current research and teaching expands, collaboratively, from this core Europeanism to mapping nationalisms on a global scale. He is thus editing National Epics for Oxford University Press, with 90 collaborators across the world, and with developmental assistance from Penn's Price Lab for Digital Humanities. The interactive project website is http://nationalepics.com/#/

Oxford University Press published Europe: A Literary History 1348-1418, ed. David Wallace, 2 vols, in 2016 (https://global.oup.com/academic/product/europe-9780198735359?cc=us&lang=en&), paperback (with new preface) in 2021. This Europeanist project breaks from traditional, nineteenth-century nation state paradigms (Italian literary history, German literary history, etc.) since "Italy" and "Germany" did not exist as political states earlier on. It therefore unfolds through eighty-two chapters and nine itineraries that follow routes of trade, pilgrimage, military alliance, religious affiliation, and disease. Its expanded geographical vision assumes that Europe, which has no definite geographical limits, can be understood only with reference to regions thought to lie beyond its periphery. It considers intricate literary linkages between northern African shorelines and locales such as al-Andalus and Sicily, with Islam long integral to European space.  Rome-centered, Latinate cultures as considered by earlier literary histories are here supplemented by Greek and Byzantine, Armenian and Slavic, Arabic and Hebrew writings across a wide range of locales. Collectively, we hope to build towards understanding of a Global Middle Ages, a project supported at Penn by a wide range of Faculty across many disciplines (https://www.sas.upenn.edu/medieval/).

The new project, http://nationalepics.com/#/, inverts the logic of the last. Having explored how texts cross borders of the nation state, National Epics explores the roles of literature, selectively deployed, in constructing hard borders of nationalism. This is a project in globality, but one that recognizes that nationalism remains a defining feature of our world.

Development of National Epics has been extended to, and greatly benefitted from, teaching in Penn's majority minority classrooms. For one week, students with knowledge of a particular locale and/ or its diaspora become our expert informants. The sequence typically begins in western Europe before pivotting across Eurasian space, and beyond: France, Spain, Ireland, England, Scotland, Iceland, Russia, Mongolia, India, China, Korea, Vietnam, Philippines, Mexico; and perhaps the USA.

Geoffrey Chaucer, born just after a planetary plague killed one in three, is today enjoying a global renaissance. Why do poets, translators, and performers from so many cultures, from the mountains of Iran to the islands of Japan, find Chaucer so inspiring? David's new book, designed for a wide audience, aims to find out (https://global.oup.com/academic/product/geoffrey-chaucer-9780198805069?c...)

Only once in the lifetime of a language does a writer have the chance to found a literary tradition. Chaucer takes this chance, but without assuming the official, deadening baggage of a 'founding father': that was loaded upon him much later. Chaucer had his literary heroes, but none of them were English; he thus writes with joyfulness, joiussance, unburdened by the fear of sounding like someone else.  From Shakespeare to Sylvia Plath, the most acute dramatists and poets have found Chaucer deeply enabling.  And new Chaucerian voices are now mapping polyglot English futures: Jean Binta Breeze and Patience Agbabi, Caroline Bergvall and many others across the world.

David emphasizes that Chaucer can best be understood through oral performing. He has thus provided some selections from Chaucer in Middle English via Pennsound (http://writing.upenn.edu/pennsound/x/Wallace.php). This website also presents performances by three Columbia professors from the 1930s, with some discussion of their period performance styles. He has collaborated in several performance pieces under the direction of Caroline Bergvall (in residence at Penn's Kelly Writers House for part of Spring 2022).

This Pennsound website also features documentaries made for BBC Radio 3 on Bede (with Kevin Whately),  Margery Kempe (with Prunella Scales), Malory's Morte Darthur (with Andrew Motion), and John Leland (with Jeremy Northam). There is also podcast discussion of Caroline Bergvall's VIA, her rendition of the opening of Dante's Inferno (http://writing.upenn.edu/pennsound/x/Wallace.php).

David is a core research and teaching member of Penn's Gender, Sexuality, and Women's Studies Program (https://www.sas.upenn.edu/gsws/) and of its Faculty Environmental Humanities Working Group (http://www.ppehlab.org/workinggroup/). In October 2007 David gave the Clarendon Lectures in English at Oxford; these have been developed into book form for OUP as Strong Women: Life, Text, and Territory 1347-1645, published in May 2011: http://ukcatalogue.oup.com/product/9780199541713.do?keyword=David+Wallace&sortby=bestMatches

With Carolyn Dinshaw he has edited The Cambridge Companion to Medieval Women's Writing https://www.cambridge.org/core/books/the-cambridge-companion-to-medieval...

A member of the Center for Italian Studies at Penn, David also takes particular interest in French and German, as well as Middle English and is a member of Penn's Program in Comparative Literature and Literary Theory (http://ccat.sas.upenn.edu/Complit/). He is Director-in-Chief of the online journal Bibliotheca Dantesca: https://repository.upenn.edu/bibdant/.

David served on the Advisory Board of the Center for Medieval Literature (Odense/ York), sharing their commitment to Europeanism still expressed by its free online journal, Interfaces, which publishes in English, French, German, Italian, and Spanish (http://riviste.unimi.it/index.php/interfaces/index).

Having served as Faculty host and lecturer for Penn Alumni Travel for many years (http://www.alumni.upenn.edu/s/1587/gid2/16/interior.aspx?sid=1587&gid=2&...), David taught contemporary travel writing to Penn undergraduates. Since lockdown has made travel troublesome he now concentrates on teaching National Epics.

David has taught summer schools in Fribourg, Lausanne, Istanbul, Jerusalem, and Budapest and supports the continuing existence of the Central European University (https://www.ceu.edu/).

Alexander Devine "A Portable Feast: The Production and Use of the Thirteenth-Century Portable Bible 1200-1500 "
Lydia Yaitsky Kertz "Luxury, Aesthetics and Politics: The Social Lives of Medieval Romance "

Megan Cook "The Poet and the Antiquaries: Renaissance Readers and Chaucerian Scholarship"

Frank Guy Hoffman "The Dream and the Book: Chaucer's Dream Poetry, Faculty Psychology, and the Poetics of Recombination"

Lawrence Warner "Cain, Nimrod, and the Erotics of Wandering in Late-Medieval Narrative"