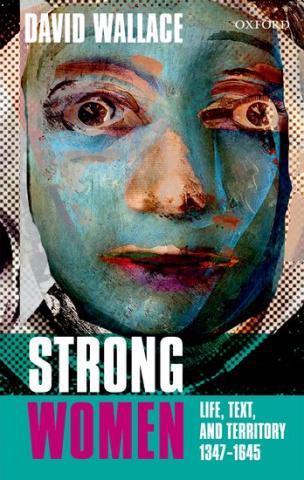 This course considers the relationships of women to writing over some 500 years. It is especially interested in how a lived, biological, historical life becomes a life in writing. It also traces the long theme of enclosure, the promise extended to women that if they will only accept some form of physical confinement their powers of self-realization, and access to writing, will greatly increase. It also proposes that the allure of the convent, a private, self-regulating space for women, never goes away, just changes its form; Bryn Mawr lies just down the road.

The rise of universities led to increase of educational opportunities for men, and decrease for women; this loss was not reversed until the later nineteenth century. The first segment of the course considers four strong women, mulieres fortes, who lived before, and then at the beginnings of (in the case of Heloise) university culture: Hildegard of Bingen, Marie de France, Christina of Markyate, and Heloise. Hildegard composed music, pursued natural science, directed dramas, and designed jewellery; Marie wrote delightful romances, with the bloody battles kept out; Christina inspired extremes of lust in men, a written life, and artwork. Heloise became a cult figure. This first part of the course will conclude with a visit to Van Pelt, in which we will see the variety of fictions and translations that Heloise later inspired; this could form the basis for a first writing assignment.

The next part of the course focuses upon Julian of Norwich and Margery Kempe, women who actually met in late medieval England. Julian wrote one of the most brilliant meditations upon love and death, ever, using her own body as a kind of laboratory; we will read it in her original Middle English. Margery wrote the first autobiography in the English language and travelled mightily: to Jerusalem, Danzig, Santiago de Compostella, Rome… There were attempts to frame her as a Lollard, a proto-Protestant, but she defended herself ably. Things became more difficult for women during the Reformation, begun under Henry VIII, as they were often used as pawns in political and religious struggles. And under Protestantism they were freer to read Scripture in English, but pressured into marriage and pregnancy (in an age when women ran a 33% chance of dying in childbirth). Mary Sidney becomes one of the great experimentalists in poetic form of the age; the death of her saintly brother, Philip, provides the perfect cover for her activities. Isabel Whitney tries publicizing her talents in print, but finds London a cruel lover.

The final sequence of texts sees some women persisting with Catholicism long after it has become illegal in England, and others finding new ways to write as dramatists and scientists. Elizabeth Cary, while still young, writes the first English closet drama, about Miriam, Jewish blueblood queen to King Herod, and then raises some extraordinary, literary-minded daughters. Mary Ward establishes an international network for Catholic women who refuse to be cooped up in convents. Margaret Cavendish pursues science, writes a female utopia, and advocates strategic feminine uses of beauty; Aphra Behn becomes a professional dramatist, spy, and the author of normal">Oroonoko, an extraordinary meditation upon royalty, nobility, and Trans-Atlantic slavery.

The first assignment in this class will be a brief exercise in life writing, that will also serve as a writing check and tune up (pass/ fail). The second assignment, an essay, follows completion of the first sequence of four women (ending with Heloise). The third assignment will focus on Margery and Julian, and the last, a longer essay, can develop any of the themes developed in the course, or pursue something independent and new. There will be opportunities for class reports, for library visits, and for developing a friendly, collaborative atmosphere.