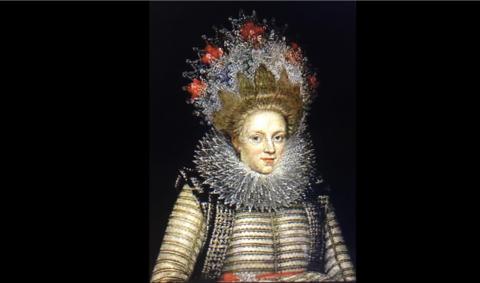 Was bleibt? What remains of me when I am dead and gone? This haunting question was especially acute for premodern women unable to control their own textual production, hence afterlife. How then does a lived, biological and historical life become a life, a written artefact; how does that first written text mediate down to us via manuscripts, printed editions, popular translations, strategic revivals, chance discoveries, etc. And how did a premodern woman come or qualify to be remembered by others? So often the answer here appears to be: through egregious misbehaviour. What, not unrelatedly, prompted attempted enclosure of women in convents, houses, and religious houses? What distinctive cultures did such all-female spaces generate? Did conditions of enclosure vary between one country and the next-- say between England and Italy? How were such all-female spaces mourned, once convents were abolished in Protestant countries, and how does desire for all-female society live on today?

Things were difficult for educated women c. 1150, but they got much worse. The rise of universities, celebrated as a distinctive sign of progress in western societies, saw increased opportunities for men coupled with, calibrated against, diminished chances for women. Francis of Assisi founded a dynamic new apostolate of the streets for men, but his associate Clare of Assisi (1194-1253) was obliged to embrace a hidden life of enclosure. No woman after 1150 approached the multi-faceted achievements of Hildegard of Bingen (musician, natural scientist, cosmographer, dramatist, fashion designer, preacher, and author); still in the 1920s Virginia Woolf finds herself being yelled at on the college lawns of Oxbridge before retreating to London, a more sympathetic venue.

These and other issues will be approached through a Smorgasbord of texts, open to the full range of critical approaches and offering a long view of women and writing, c. 1100-1673. We will begin with a brilliant quartet predating the secure establishment of universities: Hildegard of Bingen (briefly), Christina of Markyate (and associated artwork, made for and depicting her), Marie de France, sublime romancer, fabulist, amd werewolf-author, and Heloise, epistolarienne.

We will also consider Angela of Foligno (1248-1309), who had several children before turning religious at around age 40, and who refused to live in seclusion (but lived communally, with other women). Rita of Cascia (c. 1381-1457) was forced into an arranged marriage and endured eighteen years of abuse; she attempted to reform her violent husband, and also the vendetta culture that eventually killed him. There are shrines to St Rita of Cascia across the world, including the one in Kerala, India. Her national shrine in the US is at 1166 South Broad Street, Philadelphia; we might make a site visit.

The two most powerful and influential women of fourteenth-century Europe, and the only two to be declared saints, lived in Rome, one after the other. The most famous poets of the Italian Trecento are Dante, Boccaccio, and Petrarch, known as the tre corone (three crowns). But in terms of European influence, and as religious teachers and speakers of truth to power, Catherine of Siena and Bridget of Sweden demand recognition alongside their male peers; Italy has cinque corone.

The East Anglian women Margery Kempe and Julian of Norwich actually met, but their written texts differ greatly. Julian meditates questions of love and death, memory, and the body with an intellectual brilliance second to none in English tradition; only anti-theological prejudice keeps her off the Comp Lit theory list. Margery, au contraire, could not write her own text, but hired a male amanuensis/ scribe/ co-author to compose the first autobiography (some say auto-hagiography) in English. Margery travelled widely and spent time in Rome, learning basic Italian and seeking out the living spaces of Bridget of Sweden. Hope Emily Allen, of Bryn Mawr (where her archive resides), brought Margery into an astonished world in the 1930s; more recent earthquakes include the gay agon of Margery Kempe (1994) by Robert Glück, co-founder of the New Narrative Movement in San Francisco in the early 1980s.

Gaspara Stampa (1523-1554) and Veronica Franco (1546-1591) were two of the most brilliant members of a tradition of Venetian courtesans, educated and accomplished women who maintained liaisons with aristocratic men. Stampa's Rime di Madonna Gaspara Stampa, published shortly after her death, contains some 311 poems in which she establishes herself, in effect, as a female Petrarch, triumphing over difficulties (and her last male lover). Franco, also a cortigiana onesta ("intellectual sex worker"), lived longer and rose higher, commanding a place in important Venetian literary circles.

Isabella Witney (active 1566-1573) published her own works, keen to showcase her talents as a housekeeper and lady's lady (and to avoid falling through the floor into prostitution or jail: see her rueful Will and Testament, addressed to the cruel city of London). Whitney, a woman of slender means and humble background, uses print to try and advance her own career, whereas Mary Sidney (1561-1621), an aristocrat at the far upper end of the social scale, restricts her writings to an élite few, in manuscript. She lives secludedly at Wilton, in a great house that was once a great convent, reading psalms, like nuns long before her; her psalmic verse marries brilliant poetic experimentalism with Calvinist terror. Elizabeth Carey publishes the first closet drama in English by drawing Miriam, Queen of Jewry, from newly-translated Josephus; she then disgraces herself by becoming Catholic and mothering four brilliant daughters (who copy and conserve the text of Julian of Norwich). This they must do abroad, as Catholic nuns; Mary Ward, a Catholic from Yorkshire, joins them in exile, but founds an international order for women who will not be enclosed. Her vast archive, closed to the public for centuries, is now open, and includes her writings in Italian as Maria della Guardia. Aemilia Bassano, daughter of an Italian court musician, publishes a remarkable collection of verse as Aemilia Lanyer that includes the first English country-house poem. This explores the reverse of enclosure: women happily gathered in female society must soon be scattered, following the iron logic of the marriage market.

Sarra Copia Sallam (1592-1641) grew up Jewish in Venice and learned ancient Greek, Latin, and Hebrew. In 1618 she read a play called Esther by Ansaldo Ceba, a diplomat who had become a monk. This led to a long letter exchange; Sarra admits to sleeping with Esther. Accused of heresy, she wrote a book to defend herself, resisting all attempts to convert her from Judaism. Lady Hester Pulter (1595/6-1678), born in Dublin, had fifteen children and outlived all but two of them. A manuscript of her works, called Poems Breathed Forth by the Noble Hadassas and discovered quite recently, contains about 120 poems and a prose romance, The Unfortunate Florinda. In reweaving legends about the Muslim conquest of Spain, Pulter channels contemporary anxieties about "turning Turk," and addresses issues of rape. Van Pelt owns a copy of the vast, lavishly-funded tome of plays by Margaret Cavendish, Duchess of Newcastle (1623-1673; and also a meagre-sized play text by Aphra Behn). Cavendish eagerly keeps up with contemporary science, authors a feminist sci-fi utopia in Blazing World, and strategically exploits the resource of her own beauty. Like Galileo, she makes good use of telescopes, but to quite different ends. Cavendish ponders the possibilities of all-female society, in both her Convent of Pleasure and, more seriously, her Female Academy. Such longing for female places of learning endures, in various forms, through the nineteenth and twentieth centuries.

These premodern texts may be studied in and of their own time, or as they emerge into print and public consciousness in later centuries, including our own.

One long (but not too long) essay, one essay brainstorm, opportunities for class reports.