2016 Ph.D. Graduate
Dissertation Advisor(s): David Wallace, Emily Steiner
"A Portable Feast: The Production and Use of the Thirteenth-Century Portable Bible 1200-1500 " 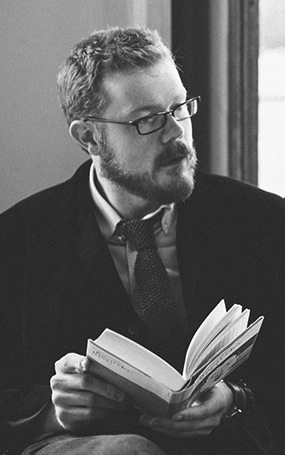 I work in the twin fields of book history and Manuscript Studies, concentrating on the production and use of medieval manuscripts and their collectors, medieval libraries and the history of the Bible.

My dissertation project, entitled "The Wanderings and Migrations of 13th-Century 'Pocket' Bibles"  concentrates on a particular kind of 13th-century Latin manuscript bible, the 'pocket' or 'Paris' Bible, in a hybrid project – part scholarly argument, part bibliographical catalog – that interrogates their use from the late medieval period to today. This project opens up new avenues for inquiry by foregrounding the post-medieval economic networks of readership, ownership, and collection that have kept these bibles circulating on the rare book market for hundreds of years. I locate my project between the interdisciplinary boundaries of academia, librarianship and digital humanities and within the fields of bibliography, art history and codicology as well as the history of collecting, tracing these bibles' transformation from medieval tools into antiquarian objects.

Through my work in Manuscripts Studies I have worked continuously in Special Collections Libraries, most recently in Penn's Kislak Center for Special Collections, Rare Books & Manuscripts for The Schoenberg Institute for Manuscript Studies. I have also become increasingly involved in a number of Digital Humanities projects. Since 2010 I have worked as a researcher for The Schoenberg Database of Medieval Manuscripts, researching premodern manuscript sales in auction catalogs at The Rosenbach Musem & Library (May 2010- ). In 2011 I cataloged late medieval manuscripts for The Walters Art Museum's "Parchment to Pixel" digitizing project, and during Spring semester 2013 I helped to catalog The Lawrence J. Schoenberg Collection of Manuscripts at Penn and contributed to the collection's inaugural exhibition, "A Legacy Inscribed" (on exhibit March 11 - August 16, 2013, Goldstein Family Gallery, Van Pelt Library).

I have been deeply involved in the study and teaching of Paleography throughout my time at Penn. From May-June 2014 I co-taught an intensive 5-week 'Introduction to Book Hand Paleography (9th-17th Century)' with Amey Hutchins (Penn Libraries' Manuscripts Cataloger) for SIMS at The Kislak Center. Since Fall 2011 I have co-ordinated the Penn Paleography Group - a group of paleographers including graduate students and Special Collections staff from across the premodern Ms. Studies community at Penn - that meets regularly to practice our paleographical skills by reading cross a wide range of scripts and deciphering their texts, both on the screen, through the use of digital tools, such as Penn in Hand and T-PEN, and from the page, through frequent group visits to Penn's Rare Books and Manuscripts Reading Room.

My doctoral research has incorporated courses on paleography and codicology at The Folger Shakespeare Library in Washington, DC, The Walters Art Museum in Baltimore and UVA's Rare Book School in Charlottesville, VA. In addition to my teaching in the Special Collections Center, my teaching at Penn has included a course in the Writing Program entitled "Mark My Words: How Medieval & Early Modern Readers Used Their Books" and TA teaching in English Dept. courses on medieval romance (2011) and on Shakespeare (2010).