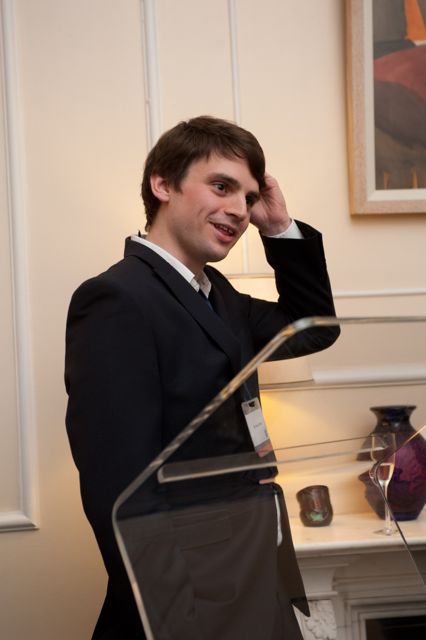 My research centers on the relationship between war and literature in the Middle Ages, focusing in particular on the literary strategies for representing and theorizing transnational war that emerged during the Hundred Years War (1337-1453). My work has appeared in the journals Medium Ævum, New Medieval Literatures, and Modern Language Quarterly, while I have written for broader audiences at n+1, Public Seminar, and Avidly.

I am currently working on two main projects. The first, building on my dissertation Forms of Writing, Forms of War: Scotland, England, France c. 1300-1450, shows how the uniquely international - and prolonged - character of the Hundred Years War gave rise to new forms of war writing. Chapters consider the war treatise, which laid the foundations for international law in addition to providing a philosophical account of war; the new forms of memorialization created in the wake of the death of Prince Edward, the Black Prince; the siege romance, a literary form with deep roots in spiritual, erotic, and historical traditions that became a key vehicle for representing war; and two Scottish literary traditions: one chapter on how Scottish historians appropriated British (English) historiography to write the place of the nation, and another on the epic tradition that enabled Gavin Douglas's Eneados (1513), the first translation of Virgil's Aeneid into any form of English.

The second project, The Hundred Years War and European Literary History (under contract, Manchester University Press), is a volume of essays I am editing with R.D. Perry (University of Denver) that offers the first synoptic literary history of the war.

I also have related interests in classical reception, material texts, visual culture, and the methodologies of literary study. In April 2016, I co-organized a conference, Method and the Middle English Text, with colleagues from UC-Berkeley and UVA. For Fall 2016, I returned to the UK as the graduate assistant for the Penn English Program in London. At Penn, I have been the organizer of an ad hoc reading group on Lucan in the Middle Ages, and for 2016-17 co-ordinated the Medieval-Renaissance Seminar with Mariah Min.

"Medieval Scottish Historians and the Contest for Britain" Modern Language Quarterly (2021)
"‘Wereyed on every side’: Geoffrey Chaucer’s Troilus and Criseyde and the Logic of Siege Warfare" New Medieval Literatures (2020)
"A New Manuscript of Knyghthode and Bataile" Medium Ævum (2018)

ENGL 200.302 The Fates and the Furious: The Trojan War from Homer to the Present