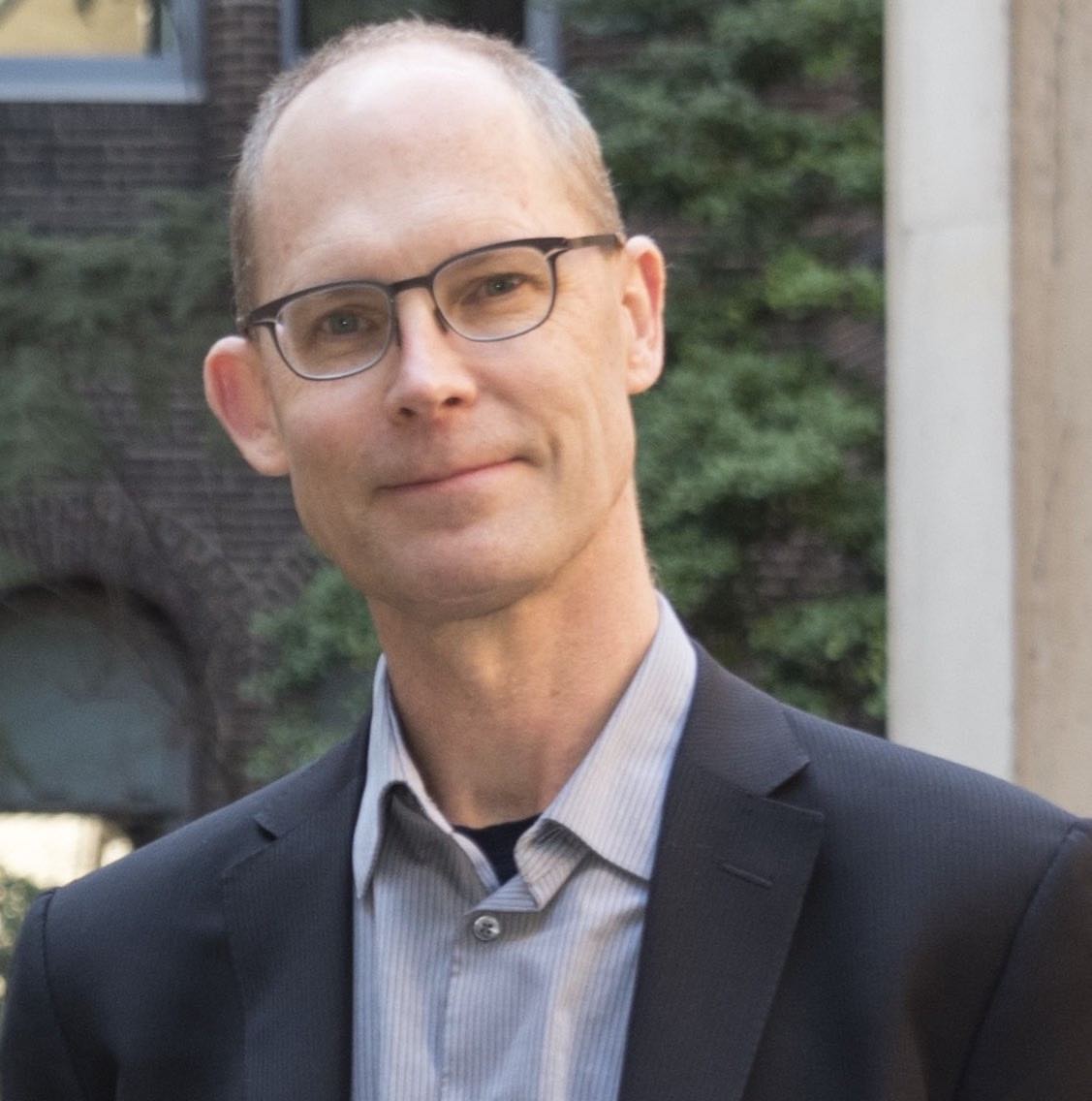 Jim English is founding faculty director of the Price Lab for Digital Humanities. From 2011 to 2018 he directed the Penn Humanities Forum and oversaw its relaunch as the Wolf Humanities Center.  He is a former Chair of the English department and has served as interim Director of Cinema Studies and Moderator of the University Council.

Jim received his MA from the University of Chicago and his PhD from Stanford, specializing in modernist and contemporary British fiction. His first book, Comic Transactions: Literature, Humor, and the Politics of Community in Twentieth-Century Britain, explored the political dimensions of joke-work in the British novel from Conrad and Woolf to Lessing and Rushdie. Since then his work has focused on the sociology of literature and especially on its institutional and transnational dimensions. His influential study of the awards industry, The Economy of Prestige: Prizes, Awards, and the Circulation of Cultural Value (Harvard UP), was reviewed in more then sixty journals and newspapers and named Best Academic Book of 2005 by New York Magazine.  The Concise Companion to Contemporary British Fiction, a collection of essays about the scene and system of literary production in the UK, was published the following year by Blackwell.  His book The Global Future of English Studies was published in 2012 in the Blackwell Manifesto series  It rethinks the prevailing narratives of contraction and decline that dominate histories of the discipline, stressing instead the discipline's expansion within a massifying global academic apparatus, and the new challenges and opportunities such dispersive growth presents.  He edited and introduced special issues of MLQ on "Scale and Value: New and Digital Approaches to Literary History" (2016) and of NLH on "New Sociologies of Literature" in 2010.  From 1999 to 2005, he was editor of Postmodern Culture.  His writing has appeared in PMLA, Representations, Novel, New York Times, Atlantic, Harpers, Public Books, LA Review of Books, and has been translated into six languages.  He has delivered lectures and keynotes in more than a dozen countries and appeared on television, radio, and in documentary films in the US and abroad.

He is currently completing Beauty By the Numbers, a history of rating and ranking systems in literature and art. An essay collection called Literary Studies and Human Flourishing, co-edited with Heather Love, is forthcoming from Oxford UP in late 2022.

Recipient of the 2016 Ira Abrams Memorial Award for Distinguished Teaching, Jim has taught a range of courses from general surveys of modernist and contemporary literature to advanced seminars in globlization, critical theory, British cinema, and the audiobook. In 2016-17 he taught a class on literary awards with focus on the 2016 National Book Award for Fiction, for which he served as the chair of the judging panel. More recently he has taught "Literature as a Marketplace" and "The Novel in the Age of the Audiobook."  At the graduate level, he has directed 25 dissertations in English and Comparative Literature and served on nearly 50 doctoral committees.

For a more complete account of Jim English's publications and professional activities, see his CV.

Anna Ivy "From Princeton to Paradise: Women's Reading in Academic and Popular Culture"

Laura Heffernan "'Bad Form': Modernist Criticism and the Cultural Life of the Aesthetic, 1909-1929"
Matthew Merlino "The Contemporary Historical Novel and the Unsettling of America"
Matthew Ruben "Cultural, Political, and Spatial Transformation in the Late Twentieth Century United States"
Nancy Srebro "Adjusting the Focus: The Modern British Novel and the Rise of American Film"

Sue Sun Yom "Sex And The American Soldier: Military Cinema and the War on Venereal Disease, 1918-1969"

ENGL 2091.301 Contemporary Literature: The Novel in the Age of the Audiobook

ENGL 074.001 Literature as a Marketplace

ENGL 395.301 Globalization and the Fate of Literature

ENGL 295.401 British Cinema: Realism and its Discontents
ENGL 395.401 Globalization and the Fate of Literature