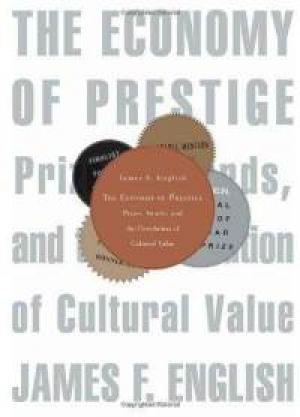 The Economy of Prestige: Prizes, Awards, and the Circulation of Cultural Value

"An ingenious analysis of the history and social function of cultural prizes and awards." -- Louis Menand, The New Yorker

"A closely argued, unfailingly astute book. . . I should hope it wins a prize." -- A. O. Scott, The New York Times Book Review

"A frequently hilarious and gripping book. . . an anecdotal delight and an intellecutal revelation."  The London Times

This is a book about one of the great untold stories of modern cultural life: the remarkable ascendancy of prizes in literature and the arts. Such prizes and the competitions they crown are almost as old as the arts themselves, but their number and power—and their consequences for society and culture at large—have expanded to an unprecedented degree in our day. In a wide-ranging overview of this phenomenon, James F. English documents the dramatic rise of the awards industry and its complex role within what he describes as an economy of cultural prestige.