Walter H. and Leonore C. Annenberg Professor in the Humanities 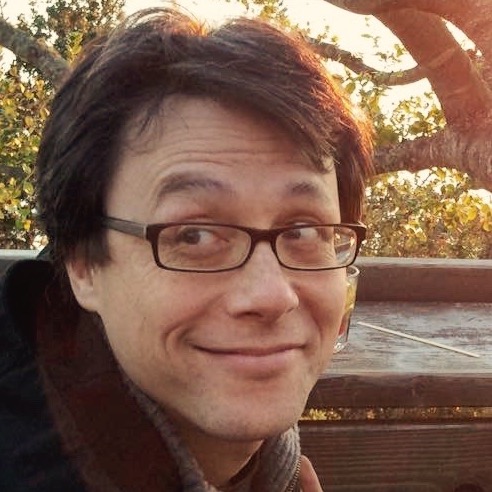 Paul Saint-Amour works on nineteenth- and twentieth-century British literature and has special interests in the novel, law, trauma, visual culture, sound studies, and the environmental humanities. He received his B.A. from Yale and his Ph.D. from Stanford and has been a fellow of the Stanford Humanities Center, the American Council of Learned Societies, the Center for the Humanities at Cornell, the Howard Foundation, and the National Humanities Center. Saint-Amour's The Copywrights: Intellectual Property and the Literary Imagination (Cornell UP, 2003) won the MLA Prize for a First Book. His articles have appeared in journals such as Comparative Literature Studies, Critical Inquiry, Diacritics, ELH, Modernism/modernity, Nineteenth-Century Literature, Novel, PMLA, Post 45, Public Books, Theory, Culture, and Society, and Representations, whose special “Counterfactuals” issue he co-edited with Catherine Gallagher and Mark Maslan. With Robert Spoo and Joseph Jenkins he co-edited a special "Futures of Fair Use" issue of Law and Literature. In 2018 he edited a special issue of Modernism/modernity on weak theory.

In 2012-2013 Saint-Amour served as president of the Modernist Studies Association. He is currently a trustee of the International James Joyce Foundation (IJJF). A panel he chaired for the IJJF produced a detailed FAQ on the copyright status of Joyce's work and the general parameters of scholarly fair use. He also sits on the supervising committee of the English Institute and the faculty editorial board of the University of Pennsylvania Press.

"Afterword: Deep War Time" Modernism/modernity (2020)
"There Is Grief of a Tree" American Imago (2020)
"Still Weak After All These Years" with Grace E. Lavery. Modernism/modernity (2019)
"The Medial Humanities: Toward a Manifesto for Meso-Analysis" Modernism/modernity (2019)
"The Literary Present" ELH (2018)
"Weak Theory, Weak Modernism" Modernism/modernity (2018)
"Ulysses Pianola" PMLA (2015)
"On the Partiality of Total War" Critical Inquiry (2014)
"An Interlude: We Have Never Been Modernists" English Literature in Transition, 1880-1920 (2013)
"Queer Temporalities of the Nuclear Condition" The Silence of Fallout: Nuclear Criticism in a Post-Cold War World (2013)
"Your Right to What's Mine: On Personal Intellectual Property" Law and Literature (2013)
"Counterfactual States of America: On Parallel Worlds and Longing for the Law" Post45 (2011)
"The Vertical Flâneur: Narratorial Tradecraft in the Colonial Metropolis" European Joyce Studies (2011)
"‘Applied Modernism’: Military and Civilian Uses of the Aerial Photomosaic" Theory, Culture, and Society (2011)
"War, Optics, Fiction" NOVEL: A Forum on Fiction (2010)
"‘Christmas Yet To Come’: Hospitality, Futurity, the Carol, and ‘The Dead'" Representations (2007)
"Air War Prophecy and Interwar Modernism" Comparative Literature Studies (2005)
"Modernist Reconnaissance" Modernism/modernity (2003)
"Over Assemblage: Ulysses and the Boîte-en-Valise from Above" European Joyce Studies (2003)
"Late Joyce and his Legacies: Teaching Finnegans Wake and its Aftertale" James Joyce Quarterly (2001)
"Bombing and the Symptom: Traumatic Earliness and the Nuclear Uncanny" Diacritics (2000)
"Oscar Wilde: Orality, Literary Property, and Crimes of Writing" Nineteenth-Century Literature (2000)
"Soliloquy of Samuel Roth: A Paranormal Defense" James Joyce Quarterly (2000)
"Transatlantic Tropology in Henry James’s Roderick Hudson" Henry James Review (1997)

2015 Best Advisor Award in English, Sponsored by the English Undergraduate Advisory Board

Kelly Mee Rich "States of Repair: Institutions of Private Life in the Postwar Anglophone Novel"
Gabriel Sessions "To Feel Thought as Immediately as a Rose: Philosophy, Modernism, and Utopian Collaborations"

Jessica Hurley "Ground Zero at the City on a Hill: Apocalypse and the Politics of Form in the Nuclear Age"

ENGL 768.301 Fiction on the Edge of Intelligibility