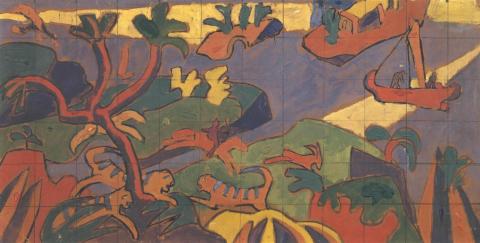 This course introduces students to a broad range of literary modernisms, from well-known early-twentieth-century figures such as T. S. Eliot, James Joyce, Ezra Pound, and Virginia Woolf to lesser-known writers and other times. Among our central questions: What do people mean by “modernity” in different contexts and moments? In what ways do the writers we associate with modernism experience, portray, embrace, critique, or reject modernity? What’s the current state of the debate about modernity and modernism? Is anyone still modernist? Have we ever been anything but? Some English-language works, some in translation. We’ll also touch, though more briefly, on modernist cinema, painting, and music.