ALL MY OFFICE HOURS ARE ON ZOOM 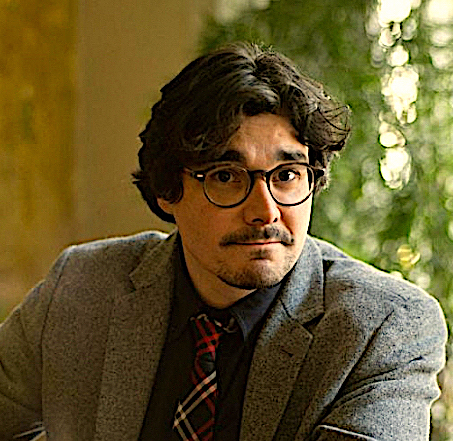 Jean-Christophe Cloutier received his Ph.D. in English and Comparative Literature from Columbia University, an M.A. from SUNY Buffalo, and a B.A. in Liberal Arts and English from Concordia University, Montréal, in his native Québec (Canada). At Columbia, he also worked as an archivist in the Rare Book and Manuscript Library where, among other collections, he processed the papers of Samuel Roth, Erica Jong, and former publisher of Grove Press, Barney Rosset.

He is the author of Shadow Archives: The Lifecycles of African American Literature (Columbia University Press, 2019), which won the fifth annual Matei Calinescu Prize from the Modern Language Association (MLA), the MSA 2019 First Book Prize from the Modernist Studies Association, and the 2020 Waldo Gifford Leland Award from the Society of American Archivists; it was also shortlisted for the 2020 ASAP Book Prize from the Association for the Study of the Arts of the Present. The book focuses on the archival investments of midcentury African American novelists and engages with several newly-discovered primary texts as it sketches the troubled history of black special collections in the U.S.

In 2016, Cloutier edited La vie est d'hommage (Éditions du Boréal), a comprehensive volume of Jack Kerouac's original French writings culled directly from the Kerouac Archive after years of transcription and reconstuction. In 2022, the volume was released in mass-market paperback edition. Cloutier has also translated into English Kerouac's two French novellas, "Sur le chemin" [On the Road: Old Bull in the Bowery] and "La nuit est ma femme" [The Night is My Woman], for the Library of America volume The Unknown Kerouac: Rare, Unpublished, & Newly Translated Writings (2016) edited by Todd Tietchen.

Cloutier is also co-editor to a scholarly edition of Claude McKay's Amiable with Big Teeth: A Novel of the Love Affair Between the Communists and the Poor Black Sheep of Harlem (Penguin Classics, 2017; paperback 2018), a previously unknown novel by Claude McKay composed in 1941. Edited in collaboration with Brent Hayes Edwards, the edition provides extensive historical contextualization of the novel's composition and a discussion of its implications for our understanding of McKay's late career. In 2021, the edition appeared in French translation: Les Brebis Noires de Dieu (Paris: Nouvelles Éditions Place).

His work is featured in the catalogue, Invisible Man: Gordon Parks and Ralph Ellison in Harlem, published by Steidl in collaboration with The Gordon Parks Foundation and The Art Institute of Chicago. This catalogue accompanies a photography exhibition at the AIC that was held from May 21 to August 28, 2016, and for which Cloutier acted as consultant and contributor.

In addition to abiding interests in translation, speculative fiction, and aging, his teaching and research fall largely within 20th Century and contemporary American literature, and also involve popular culture, notably comics and cinema. Here at Penn, he regularly teaches comics studies and has been co-teaching, with cartoonist extraordinaire Rob Berry, a creative writing seminar on “Making Comics.”  See: https://makingcomicsatupenn.wordpress.com

His essays, reviews, and translations have been published in Modernism/Modernity, NOVEL: A Forum on Fiction, Cinema Journal, Transition, Public Books, Journal of Beat Studies, The Capilano Review, Critical Survey of Graphic Novels: Heroes & Superheroes, A Time for the Humanities, UMBR(a), Transmission II, and others.

ENGL 074.401 Contemporary American Literature and Film
ENGL 799.301 The Archive in Theory, Practice, and the Novel