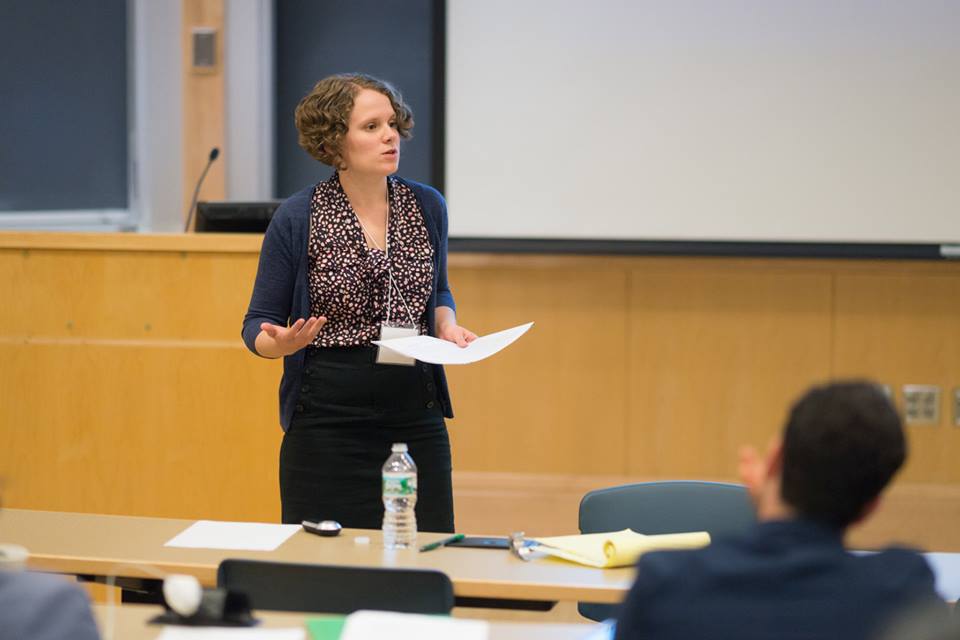 Laura Soderberg specializes in early and nineteenth-century U.S. literature. Her dissertation, "Vicious Infants: Antisocial Childhoods and the Politics of Population in the Antebellum U.S.," examines how narratives of deviant children structured the production of group identities, including race and class, in the early United States, asking what the literary forms that childhood takes when it is severed from national futurity. Her broader interests include law and literature, population studies, critical race theory, disability studies, and childhood studies. Her work can be found in American Literature and Social Text.

She has taught courses including surveys on Children's Literature, a seminar on reading early American literature in a global frame, and a writing course on Poe's detective stories. She has also acted as a coordinator for the American Literature Reading Group, and from 2013 to 2014, served as the president of the Graduate English Association.

"One More Time with Feeling: Repetition, Reparation, and the Sentimental Subject in William Wells Brown's Rewritings of Clotel" American Literature (2016)

ENGL 053.001 Children's Literature: The Invention of American Childhood
ENGL 243.301 Looking Out: U. S. Literature and the Global Nineteenth-Century