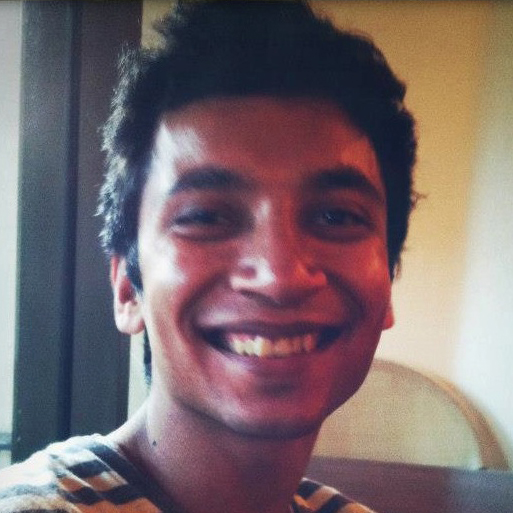 Rahul Mukherjee's academic preoccupations often meander into imaginings about media’s role with(in) alternative futures for/of politics and technology. He has been a fellow at the Center for the Humanities, Utrecht University and a pre-doctoral fellow of the Interdisciplinary Humanities Center at University of California, Santa Barbara. During 2017-18, Rahul was at Cornell University's Society for the Humanities as the Atkinson Center for a Sustainable Future Fellow . Drawing on the conceptual lenses of cultural studies, media theory, and science studies, he has written on database management systems, advertising cultures of mobile telephony, Bollywood thrillers, chronic toxicity related to chemical disasters (Bhopal), development discourses, and translocal documentaries. He completed his doctoral studies in Film and Media Studies at UCSB with graduate emphases in ‘Technology and Society’ and ‘Global Studies’.

He has been part of two collaborative projects related to mobile media practices: one concerned with the circulation of locally produced music videos through memory (microSD) cards in parts of India and the other exploring ICT usage (platform jumping tactics) in Zambia leading to publications in Communication and Critical/Cultural Studies (with Lisa Parks) and AsiaScape: Digital Asia (with Abhigyan Singh). Other than peer-reviewed articles (listed below), his work can be found in Film Quarterly, Media Fields journal, Sarai, and Sustainable Media ,  Asian Video Cultures and Global Digital Cultures collections. He has been coordinating editor of the Media Fields journal and co-edited (with Ryan Bowles) a special issue on Documentary and Space for the journal. Rahul received the Nicholas C. Mullins award from the Society for Social Studies of Science in 2014. His book titled "Radiant Infrastructures: Media, Environment, and Cultures of Uncertainty" (Duke University Press, Mar 2020) involves mediations of debates/controversies related to radiation emitting technologies such as cell antennas and nuclear reactors. Rahul's second book project "Unlimited: Aspirational Politics and Mobile Media Distribution" (under contract with MIT Press) examines aspirational mobilities and distribution trajectories unleashed by mobile phone technologies. He is beginning a third book project on the histories of wireless signals and plant ecologies interwoven in the work of biophysicist JC Bose.

At Penn, Cornell, and UCSB, Rahul has taught undergraduate and graduate classes on televisual representations and distributions, environmental media, digital media technologies, public cultures, Indian Cinema, documentary history and theory, and social networks. At Penn, he has been associated with the Latitudes reading group, the Mellon Project in Humanities, Urbanism, and Design, and Wolf Humanities Film Series ("In Relation"). He has been part of the Penn Humanities Forum on the theme of Translation, the Environmental Humanities and Digital Humanities Initiatives, and the advisory board for Center for Advanced Research in Global Communication. Rahul is also part of the graduate group in Comparative Literature, History of Art, and South Asia Studies.

He has been an editor for Journal of Visual Culture  (Nov 2019-June 2021) and continues to serve on the editorial advisory board of Media+Environment. Presently, he is working on two co-edited special issues related to platform economy and everyday life.