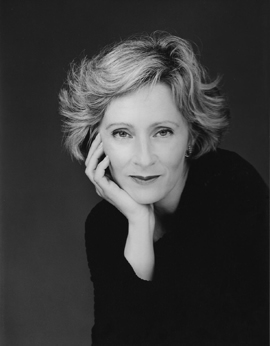 Wendy Steiner is the Richard L. Fisher Professor of English.

Trained at McGill (B.A.) and Yale (Ph.D.), Dr. Steiner teaches 20-21st-century literature and critical theory, and specializes in interrelations between visual and verbal art. Among her many books are The Scandal of Pleasure: Art in an Age of Fundamentalism (among the "NY Times 100 Best Books of 1996"), Venus in Exile: The Rejection of Beauty in 20th-Century Art (2001), and The Real Real Thing: The Model in the Mirror of Art (2010). Dr. Steiner has received awards from the Guggenheim and Mellon Foundations among others, and her cultural reviews have appeared widely in U. S. and British periodicals, including the New York Times and the London Review of Books.  At Penn, she has served as Chair of the English Department, Founding Director of the Penn Humanities Forum, Master of Modern Languages College House, and director of the King's College Program in London.  She also writes opera librettos, one of which, The Loathly Lady, had its premiere at Irvine Auditorium in 2009.

Wendy Steiner: "What We Are Looking At When We Look At Nudes"
Wendy Steiner in The Nation

John P. Heon "The Dionysia of Science: Humor, Rational Madness, and Comic Experimental Methods in the Works of Bruce Nauman and Thomas Pynchon"

Jeannine DeLombard ""Eye-witness to the Cruelty": Literary Abolitionism and the Antebellum Culture of Testimony"

Laura Tanner "Speaking in Forms: The Discourse of Violence in 20th Century Fiction"

ENGL 591.401 Contemporary Issues in the Arts

ENGL 591.301 Modernism and the Question of Beauty

ENGL 293.401 Topics in Literature and Society