1924 Ph.D. Graduate
Dissertation Advisor(s): Arthur Hobson Quinn
"The American in England During the First Half Century of Independence" 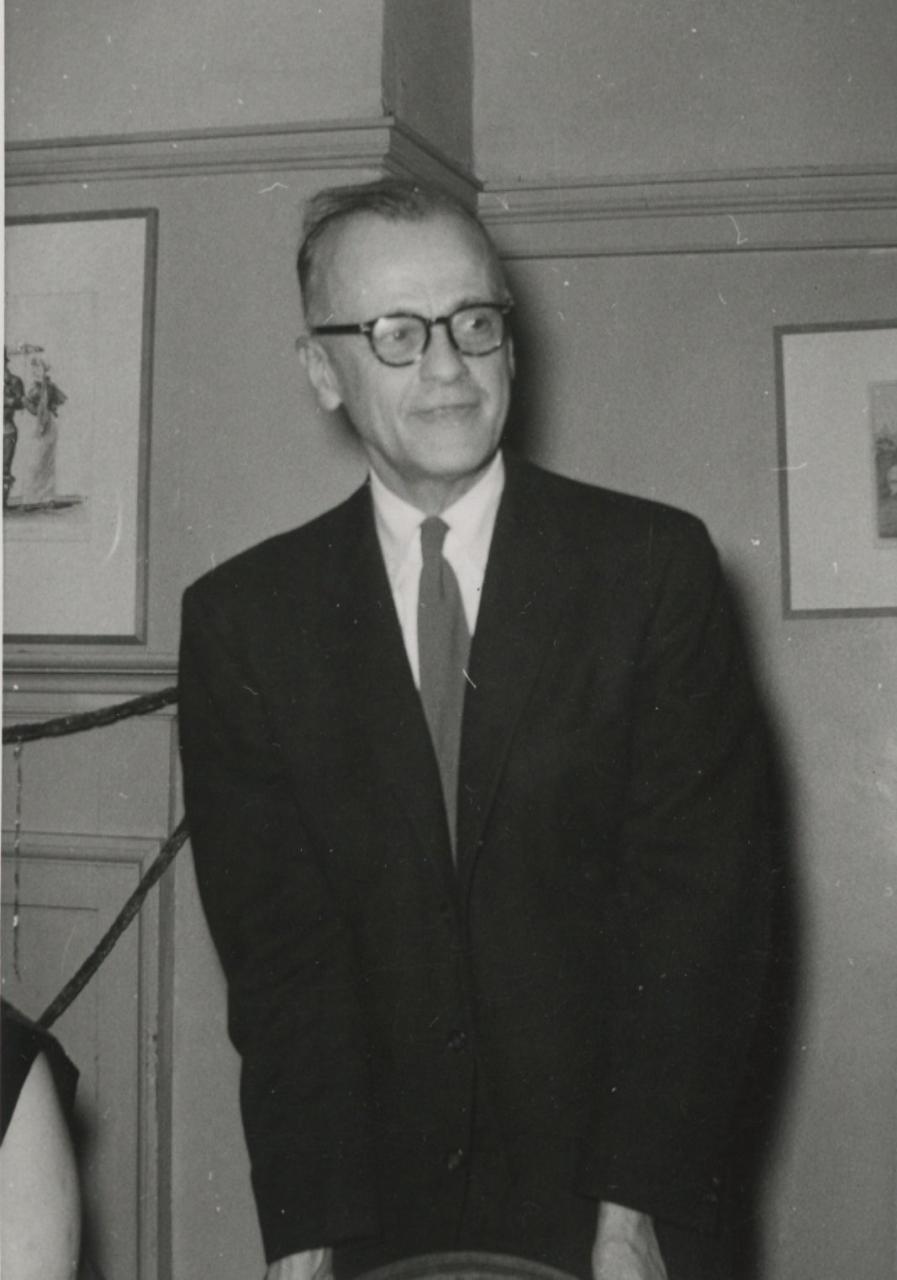 Spiller was a leading figure in the development of American studies programs at both domestic and international colleges and universities. In 1955 he served as president of the American Studies Association, the oldest scholarly organization devoted to the interdisciplinary study of American culture and history, and helped found its scholarly journal American Quarterly. He was also chair of the Department of American Civilization at the University of Pennsylvania.

Robert Ernest Spiller married Mary Scott in 1922 and had three children: William Scott, Constance Newbold (Mrs. T. J. Johnston), and Mary Miles. He died on August 24, 1988, survived by his second wife, Anna Moss Wright Spiller, whom he married in 1975, and his eldest daughter.

John H Meister "The Descent of the Irrelative One: The Metaphysics of Cosmology of Edgar Allan Poe's Eureka"

Virginia A. Hallam "The Critical Reception of F. Scott Fitzgerald"
William J. Lynch "The Theory and Practice of the Literary Criticism of James T. Farrell"

Michael J. Hoffman "The Development of Abstractionism in the Writing of Gertrude Stein to 1913"
Sujit Kumar Mukherjee "Passage to America: The Reception of Rabindranath Tagore in the United States, 1912-1941"

Herbert G Eldridge Jr "A Study of Literary Ideals and Intentions in Philadelphia, 1783-1827"
Womble Quay Grigg Jr "The Molds of Form: Comedy and Conscience in the Novels of Henry James"

Colin Chandler Campbell "The Poet as Artist and Citizen: A Study of the Life and Writings of Archibald Macleish through 1958"
George Austin Test "The Vital Connection: A Study of the New Republic Magainze as a Literary Journal (1914-1922)"

Verne Henry Bovie "The Evolution of a Myth: A Study of the Major Symbols in the Works of Ernest Hemingway"
Sister St. Agnes Heeney "The Cathedral in Four Major New England Authors: A Study in Symbolic Inspiration"

Carl Lennart Anderson "The Swedish Reception of Sinclair Lewis and his Contemporaries "
William Robert Bittner "The Novels of Waldo Frank "
John Thomas Queenan "The Port Folio: A Study of an Early American Magazine "