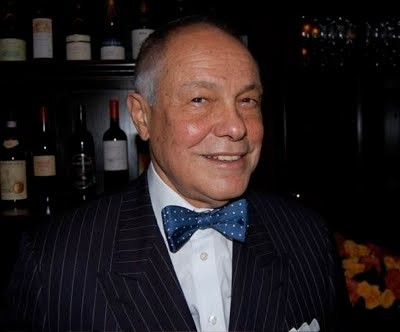 John Richetti received his graduate degrees from Columbia University, where he specialized in eighteenth-century English literature, and wrote his dissertation at University College, London as a Fulbright Scholar and a Danforth Fellow. He has taught at Columbia, at Stanford, at New York University as the Berg Visiting Professor, and for many years at Rutgers, where he received the Lindback Award for distinguished teaching. He has held fellowships from the ACLS, the NEH, and the Guggenheim Foundation. His books include: Popular Fiction Before Richardson: Narrative Patterns 1700-1739 (1969; 1992); Defoe's Narratives: Situations and Structures (1975); Philosophical Writing: Locke, Berkeley, Hume (1983); Daniel Defoe (1987);The English Novel in History, 1700-1780 (1999); and The Life of Daniel Defoe: A Critical Biography (2005). He has edited The Cambridge Companion to the Eighteenth-Century Novel (1996); The Columbia History of the British Novel (1995), (with Paula Backscheider) Popular Fiction by Women: 1660-1740 (1996), and The Cambridge Companion to Daniel Defoe (2008).With his colleague Toni Bowers, he abridged and edited a paperback edition of Samuel Richardson's Clarissa (2011). He is the editor of the Restoration and Eighteenth-Century volume of the New Cambridge History of English Literature(2005).  His most recent book is the eighteenth-century volume of the Wiley-Blackwell history of British literature, A History of Eighteenth-Century British Literature (2017. Appearing in early 2018 will be his edition of the Cambridge Companion to Robinson Crusoe.

In 2006 he was awarded the Ira Abrams Award for Distinguished Teaching in SAS.  In 2011, he received a Mellon Emeritus Fellowship and spent five months doing research at the British Library in London on his new project, "Performance in 18th-Century English Verse." For a number of years, he has recorded poetry on the web site, PennSound, including selections from Dryden, Pope, Swift, and other Restoration and 18th-century English authors, a generous selection of Shakespeare's Sonnets, a large part of Milton's Paradise Lost, and selections of poems by Milton, Marvell, Donne, and Herbert. More recently, he has recorded selections from Ben Jonson and various Cavalier poets, the major English Romantic poets, selected passages from Shakespeare’s plays, and selected poems of William Butler Yeats. In addition his contribution to the PennSound “Classics” section includes “110 Poems for Memorizing.”

Joseph Drury "Machines, Mechanism and the Making of the English Novel in the Eighteenth Century"

George Justice "The Production of Literature in Eighteenth-Century Britain"

Sandra Sherman "The Poetics of Trade: Finance and Fictionality in the Early 18th Century"

ENGL 100.001 A study of the creative process as exemplified by AN AMERICAN TRAGEDY by Theodore Dreiser. Penn's Van Pelt Library holds the ori
ENGL 545.301 18th-Century Novel