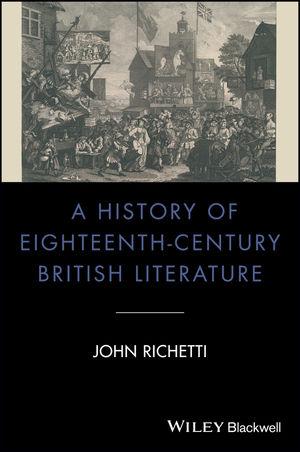 A History of Eighteenth-Century British Literature

A History of Eighteenth-Century British Literature is a lively exploration of one of the most diverse and innovative periods in literary history. Capturing the richness and excitement of the era, this book provides extensive coverage of major authors, poets, dramatists, and journalists of the period, such as Dryden, Pope and Swift, while also exploring the works of important writers who have received less attention by modern scholars, such as Matthew Prior and Charles Churchill. Uniquely, the book also discusses noncanonical, working-class writers and demotic works of the era.

During the eighteenth-century, Britain experienced vast social, political, economic, and existential changes, greatly influencing the literary world.  The major forms of verse, poetry, fiction and non-fiction, experimental works, drama, and political prose from writers such as Montagu, Finch, Johnson, Goldsmith and Cowper, are discussed here in relation to their historical context. A History of Eighteenth-Century British Literature is essential reading for advanced undergraduates and graduate students of English literature.