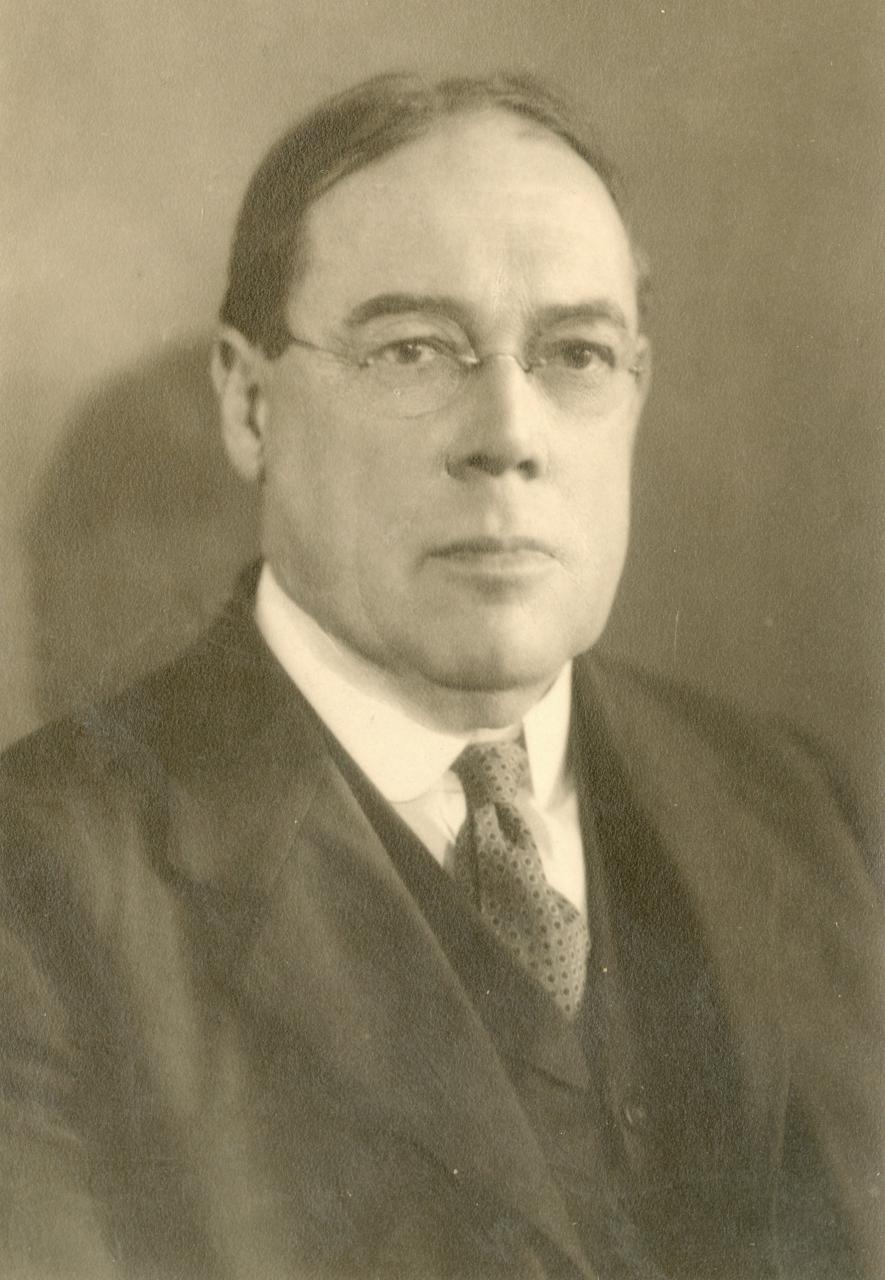 Cornelius Weygandt was born December 13, 1871 in the Germantown section of Philadelphia, Pennsylvania, the son of Cornelius Nolen Weygandt and Lucy Elmaker Thomas. After attending Germantown Academy, he entered the University of Pennsylvania and graduated from the college in 1891. He enrolled in the graduate school of the University of Pennsylvania majoring in English but after a year decided to drop out and work as a reporter. Weygandt worked for the Philadelphia Record, 1892-1893 and then for the Philadelphia Evening Telegraph, 1893-1897. During this period he gained a great deal of practical experience writing and exposure to the theater in Philadelphia.

In fall 1897 Weygandt returned to his graduate studies at the University of Pennsylvania and became an instructor in the Department of English. Weygandt developed an interest in contemporary Irish literature part of what was then called the Celtic Renaissance and became acquainted with a number of leading figures of the Irish literary world around 1900 which lead to his book Irish Plays and Playwrights published in 1914. His interest in contemporary literature played a role in his graduate studies. In 1901 Weygandt completed his dissertation on the "Tendencies in English Poetry" and received his PhD from the University of Pennsylvania.

Weygandt's return to the University of Pennsylvania in 1897 marked the beginning of a fifty-five year career as a teacher in the Department of English. He held the appointment as an Instructor from 1897 to 1904, Assistant Professor of English from 1904 to 1908 and as a full Professor in English Literature from 1908 to 1952. Weygandt was known at Penn for beginning the practice of lecturing on contemporary writers rather than ending the lectures with literature up to 1870. As early as the session of 1898-99 he was teaching a course on contemporary poetry. His skill as an engaging storyteller who taught his students how to understand literature through comparison to real-life experiences made his courses extremely popular with undergraduates. Generations of students who attended the University during this period remembered fondly his classes and the lessons they learned from them.

Cornelius Weygandt's storytelling skills brought him literary success. His exposure to the Irish literary influenced his writing with something he called higher provincialism. Weygandt's application of this approach developed in him in what his colleagues called "an intense curiosity about our own colonial cultures - their homes, their food, their folkways and arts, and their speech." He wrote extensively about his own life experiences, particularly the cultural influences from America's past that existed in his life. His most notable work was in describing the culture of the Pennsylvania Germans which appeared in many of his books, the first being The Red Hills published in 1929. Weygandt wrote about the influences and remnants of colonial culture that still existed in southeastern Pennsylvania, southern New Jersey, and New Hampshire (where he had a summer home). Between 1929 and 1946 he published fifteen books based on his higher provincialism model.

In addition to his literary interests, Weygandt was also interested in the material world of the past. He collected a great number of Pennsylvania German related artifacts. He was also an avid bird watcher.

Myrtle Catherine Henry "John Trevena. A Study with Special Reference to the Romantic Elements in his Works"

Gen. Russell K. Alspach "A Consideration of the Poets of the Literary Revival in Ireland 1889-1929"
Beaumont Schrader Bruestle "The 'Fool of Nature' in the English Drama of Our Day"
Albert Pettigrew Elliott "Fatalism in the Works of Thomas Hardy"
Walter Dewey Ferguson "The Influence of Flaubert on George Moore"
George Brandon Saul "A. E. Coppard: His Life and His Poetry to the Publication of the Bibliography"
Andrew James Stewart "Irish Plays and Players in America"

Olive Ely Hart "The Drama in Modern Wales. A Brief History of Welsh Playwriting from 1900 to the Present Day"

Hayim Fineman "John Davidson: A Study of the Relation of His Ideas to His Poetry"
Walter Hänrichs Renner Trumbauer "Gerhart Hauptmann and John Galsworthy: A Parallel"

Helen Garwood "Thomas Hardy, an Illustration of the Philosphy of Schopenhauer"