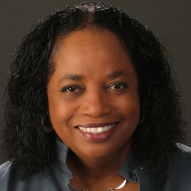 She is the author of Southscapes: Geographies of Race, Region, and Literature (2011), Games of Property: Law, Race, Gender, and Faulkner’s Go Down, Moses (2003), Nella Larsen, Novelist of the Harlem Renaissance (1994; paper 1996) and Faulkner’s “Negro”: Art and the Southern Context (1982), and the editor of numerous reference texts, including the Penguin Classic editions of Nella Larsen’s Passing (1997) and Quicksand (2002), and the co-edited Satire or Evasion: Black Perspectives on Huckleberry Finn (1992). She is currently writing a monograph on Alice Walker for the Understnding Contemporary Authors Series, and serves as co-editor of the Gender and American Culture Series, University of North Carolina Press.

Active in American Studies and Southern Studies, she has taught and lectured in Europe and Asia; most recently, she delivered papers in Tokyo, Japan, at Chuo University and at International Faulkner Symposium, sponsored by the Faulkner Society of Japan. In 2015, she will return to Korea to deliver a keynote addresss for the English Language and Literature Association of Korea. As the Walt Whitman Chair in American Civilization, a Fulbright Distinguished Chair, at the University of Leiden in the Netherlands, she participated in American Studies programs throughout Western and Central Europe. She has also held tenured professorships at the University of North Carolina, Chapel Hill, Brown University, and Vanderbilt University where she was the Gertrude Conway Vanderbilt Professor of English.

Invested in contemporary archival work, she has been a fellow at the Newberry Library in Chicago, the Cullman Center for Scholars and Writers at the New York Public Library, and the Huntington Library in California where she held the R. Stanton Avery Distinguished Fellowship. During 2014-15, she was the Director's Fellow at the Notre Dame Institute for Advanced Study.

Gershun Avilez "The Wake of Blackness: Aesthetic Ambivalence and the Post-Black Arts Era"