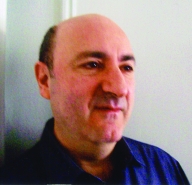 Anthony DeCurtis is the author of recently published "In Other Words: Artists Talk About Life and Work," as well as "Rocking My Life Away: Writing About Music and Other Matters." He is also the editor of "Present Tense: Rock & Roll and Culture," and coeditor of "The Rolling Stone Illustrated History of Rock & Roll" and "The Rolling Stone Album Guide" (3rd edition). He is a contributing editor at Rolling Stone, where his work has appeared for twenty-five years, and he occasionally writes for The New York Times and many other publications. His essay accompanying the Eric Clapton box set "Crossroads" won a Grammy Award in the "Best Album Notes" category. He holds a PhD in American literature from Indiana University.

ENGL 117.301 Station to Station: The Art and Life of David Bowie
ENGL 170.301 Advanced Writing Projects in the Arts and Popular Culture

ENGL 117.301 Let it Rock: The Rolling Stones, Writing and Creativity
ENGL 170.301 Advanced Writing Projects in the Arts and Popular Culture