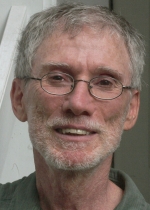 Max Apple has published two collections of stories, two novels and two books of non-fiction. His memoirs, Roommates was made into a film as were two other screenplays. His stories and essays are widely anthologized and have appeared in Atlantic, Harpers, Esquire, and many literary magazines. He has received grants from the National Endowment for the Humanities, The National Endowment for the Arts, and the Guggenheim Foundation. His Ph.D. is in 17th century literature. He has given readings at many universities. He spent most of his teaching career at Rice University where he held the Fox Chair in English.