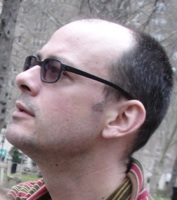 Dr. Platt works on representations of Russian history, Russian historiography, history and memory in Russia, Russian lyric poetry, and global post-Soviet Russian cultures. He is the author of Terror and Greatness: Ivan and Peter as Russian Myths (Cornell UP, 2011) and History in a Grotesque Key: Russian Literature and the Idea of Revolution (Stanford, 1997; Russian edition 2006). He is the editor of Global Russian Cultures (Wisconsin UP, 2018) and the co-editor (with David Brandenberger) of Epic Revisionism: Russian History and Literature as Stalinist Propaganda (Wisconsin UP, 2006).

Dr. Platt is the organizer of Your Language My Ear, a periodic Russian–English poetry translation symposium that takes place at the University of Pennsylvania. He has also edited and contributed translations to a number of books of Russian poetry in English translation, most recently Orbita: The Project (Arc Publications, 2018) and Hit Parade: The Orbita Group (Ugly Duckling Presse, 2015).

His current projects include a study of contemporary Russian culture in Latvia, tentatively titled Near Abroad, a study of history and memory in Soviet and post-Soviet Russia, and a study of global cultural exchange in the twentieth century.

Essay with Connor Doak and Vlad Strukov, “The Transnational Turn in Russian Studies, NewsNet: Newsletter of the Association for Slavic, East European, and Eurasian Studies. March, 2020.

Republication of introduction and selection of poems from Hit Parade: The Orbita Group on site Deep Baltic. July 14, 2016.

KWH: Your Language My Ear: Readings