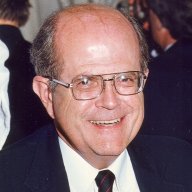 Dr. David J. DeLaura, Avalon Foundation Professor Emeritus in the Humanities, died on April 9, 2005. Dr. DeLaura was 74 years old. He died of a heart attack while on holiday in Portugal with Ann, his wife of 44 years.

Dr. DeLaura received his Ph.D. from the University of Wisconsin, and taught for over a decade at the University of Texas, Austin. He came to Penn in 1974 and retired in 1999. His scholarly distinctions included fellowships from the John Simon Guggenheim Foundation and the National Endowment for the Humanities (NEH).

In a scholarly career that spanned more than 40 years, Dr. DeLaura published a number of books and articles on such major figures as Matthew Arnold, John Henry Newman, John Ruskin and the Brownings. His research had a major influence on the field of English Victorian literature and culture. His essay, “Arnold and Carlyle,” won the first William Riley Parker Prize of the Modern Language Association for an outstanding article. In 1998, he won the Ira Abrams Award, the highest teaching prize conferred by the School of Arts and Sciences (Almanac April 14, 1998). He also received the Mortarboard Award for teaching.

Dr. DeLaura was eloquent in affirming the centrality of the humanities in American education. Among other regional and national assignments, he served from 1976 to 1979 on the Executive Committee of the Modern Language Association (MLA), the major professional organization in his field. At Penn, Dr. DeLaura served with distinction as chair of the English department, and as University Ombudsman from 1993-1997.

A long-time colleague, English professor and Interim Provost Peter Conn, said: “All of us who were privileged to know and love him understood that David was among the most generous, compassionate, and loyal persons we have ever encountered. His range of knowledge was breathtaking, and his scholarship was a model of the most exacting standards and practice. His teaching touched hundreds of undergraduate and graduate students. As department chair and Ombudsman, his patience proved limitless, and his capacity to come to our aid in times of need had no boundaries.”

Professor Emeritus of English Robert Lucid also commented on Dr. DeLaura’s gift for friendship: “David was perhaps more interested and open with other people than any academician I ever knew. His friendliness was so irrepressible that he automatically fell into conversation with anyone standing next to him in line or sitting with him on planes, trains or buses, especially if he perceived the person to be in need of any sort.”

Along with his wife, Ann, Dr. DeLaura is survived by two sons, Michael and William; one daughter, Catherine; and two grandchildren.

A memorial service will be held at the University on November 18th, 2005.

Jennifer Green-Lewis "Signs of the Things Taken: Reading, Writing and the Nineteenth-Century Photograph"

Kelly S. Reed "Music in the Art and Thought of Robert Browning"

John J. Dooling "The Late Victorian Novel of Culture"
Keith Reierstad "The Demon in the House; or, the Domestication of Gothic int he Novels of Wilkie Collins"