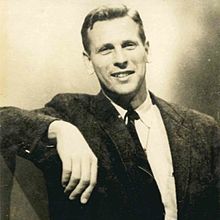 Tristram Potter Coffin passed away peacefully January 31, 2012 in Wakefield, RI. He was born February 13, 1922 in San Marino, CA, the son of Tristram Roberts and Elsie Potter Robinson Coffin of Edgewood Farm, Wakefield, RI. Coming to Rhode Island after his father died, he was educated at the Providence Country Day School, Moses Brown School (‘39), and Haverford College (‘43). After three years in the old Army Air Corps and the Signal Corps during World War II, he took an MA and a PhD from the University of Pennsylvania. He taught at Denison University for nine years (1949-58), where there is a Fellowship set up by William G. Bowen of the Mellon Foundation to honor him and his wife. In 1959 he returned to the University of Pennsylvania where he taught until his retirement. With MacEdward Leach, he co-founded the Department of Folklore at Penn, and was a full professor in both the English and Folklore departments. During his career he was also a guest professor at UCLA, the University of Rhode Island, Providence College, and in 1962 and 1963 at the US Military Academy at West Point.

Dr. Coffin was an internationally known folklorist, and the top scholar of ballad texts in the 20th century. His book, The British Traditional Ballad in North America, has been a standard reference text for over 50 years. In addition to numerous scholarly publications, he also published several more commercial works. His The Book of Christmas Folklore was a Book-of-the-Month Club selection, and The Old Ball Game: Baseball in Folklore and Fiction, Uncertain Glory, The Folklore of the American Revolution and The Female Hero were widely read. With Hennig Cohen, he also published Folklore of the American Holidays, another standard reference. Altogether Dr. Coffin published 20 books and over 100 articles, encyclopedia entries, and reviews. He was Secretary-Treasurer of the American Folklore Society for four years and was elected a Fellow of that group. While in Philadelphia, he was active in educational television, appearing in over 100 shows on folklore and Shakespeare. He was also host of the PBS show, “Lyrics and Legends”, which was shown nationally, and was in charge of editing the “American Folklore” series for Voice of America.

Tris Coffin loved sports. Besides serving as assistant and head tennis pro at the Point Judith Country Club for 23 years, he coached the Denison University tennis team to five titles in the old Ohio Conference. He authored two books about tennis: a novel, Great Game for a Girl, and a handbook for club players, How to Play Tennis with What You Already Have. He also coached soccer at Denison and refereed soccer for 15 years in the Philadelphia area. He always felt the most satisfactory accomplishment of his life was, without ever having played soccer, taking over the Denison University varsity which had gone 0-10 in 1955 and, with the same squad, winning the Ohio Conference league in 1956 with a 6 -2-2 record. He was elected in 1986 to the Denison University Athletic Hall of Fame.

Tris Coffin was a Guggenheim Fellow, a member of Phi Beta Kappa and Delta Upsilon fraternity. His club memberships included the Merion Cricket Club (Haverford, PA), the URI University Club (Kingston, RI), and the Dunes Club and the Point Judith Country Club (both Narragansett, RI). His name is in Who’s Who in America (Millenium Edition).

He was married to the late Ruth Anne (“Rusty”) Hendrickson Coffin for over 67 years. He is survived by daughters Patricia C. Fry (Tim) of New York, NY and Priscilla (“Ricki”) C. Widlak (John) of Port St. Lucie, FL, sons Mark T. Coffin (Beth-Ann) of Gates Mills, OH and Jonathan P. Coffin (Nancy) of Greenwich, CT, 11 grandchildren, 2 great-grandchildren and nieces, nephews and cousins. A private memorial celebration of his life will be held at a future time.