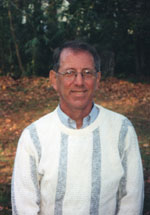 Robert Strauss is a freelance journalist whose work appears in such places as the New York Times, Sports Illustrated, the Los Angeles Times and the Philadelphia Inquirer. He has worked as a reporter at Sports Illustrated, a feature writer for the Philadelphia Daily News, a news and features producer at KYW-TV in Philadelphia and a TV critic for the Asbury Park Press. He graduated with a BA in Philosophy from Carleton College, where he was the last man off the bench on the freshman basketball team. He also attended the University of California Graduate School of Journalism.

An inveterate traveler, Strauss has now been to 83 countries, if you count Greenland. He owned Jerry's, which won a Philadelphia Magazine best restaurant award in 1988.

Though he has won numerous awards for his writing, his most significant creations are his daughters, Ella, 15, and Sylvia, 12, whom he has maniacally taught to switch-hit in softball and memorize 1960s rock hits. His wife, Susan Warner, a former business reporter at the Philadelphia Inquirer, puts up with him.