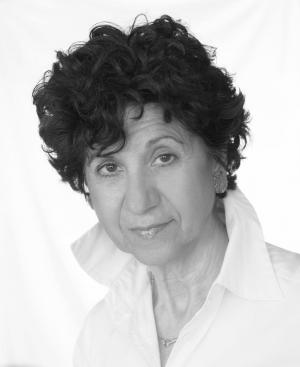 NILI GOLD is a Professor of Modern Hebrew Literature in the department of Near Eastern Languages and Civilizations. She published her third book, Haifa: City of Steps (University Press of New England) in the fall of 2017 and Haifa my Love, an original Hebrew version of it in late 2018.It weaves together the architecture, cultural history and literature of the city, Gold’s beloved hometown. In 2019, she lectured internationally on the book and its heroine – the city. The Hebrew translation of her 2008 literary biography Yehuda Amichai: The Making of Israel’s National Poet (UPNE), which is her second book on Amichai,was published in 2019. In the spring of 2019, she taught a course on Haifa and during spring break, lead her entire class through the city as part of Penn’s Global Seminar program. In the AY 2019/20, Professor Gold served as the department’s Undergraduate Chair. In 2010, she co-founded, with Nicola Gentili (CIMS), the Middle East Film Festival at Penn and has continuously served on its committee. Professor Gold has several forthcoming book chapters and articles (in Hebrew and in English), including an article on the poet Dahlia Ravikovitch, and another on the Israeli poet and author Benyamin Shvili.

ENGL 079.401 The Image of Childhood in Israeli Lit and Film

ENGL 079.401 Fantasy, Dreams, and Madness in Israeli Litertaure and Film

ENGL 279.401 Images of Childhood in Israeli Film and Literature

ENGL 279.401 Holocaust in Literature and Film

ENGL 287.401 Modern Hebrew Literature & Film: Voices of Others in Israel