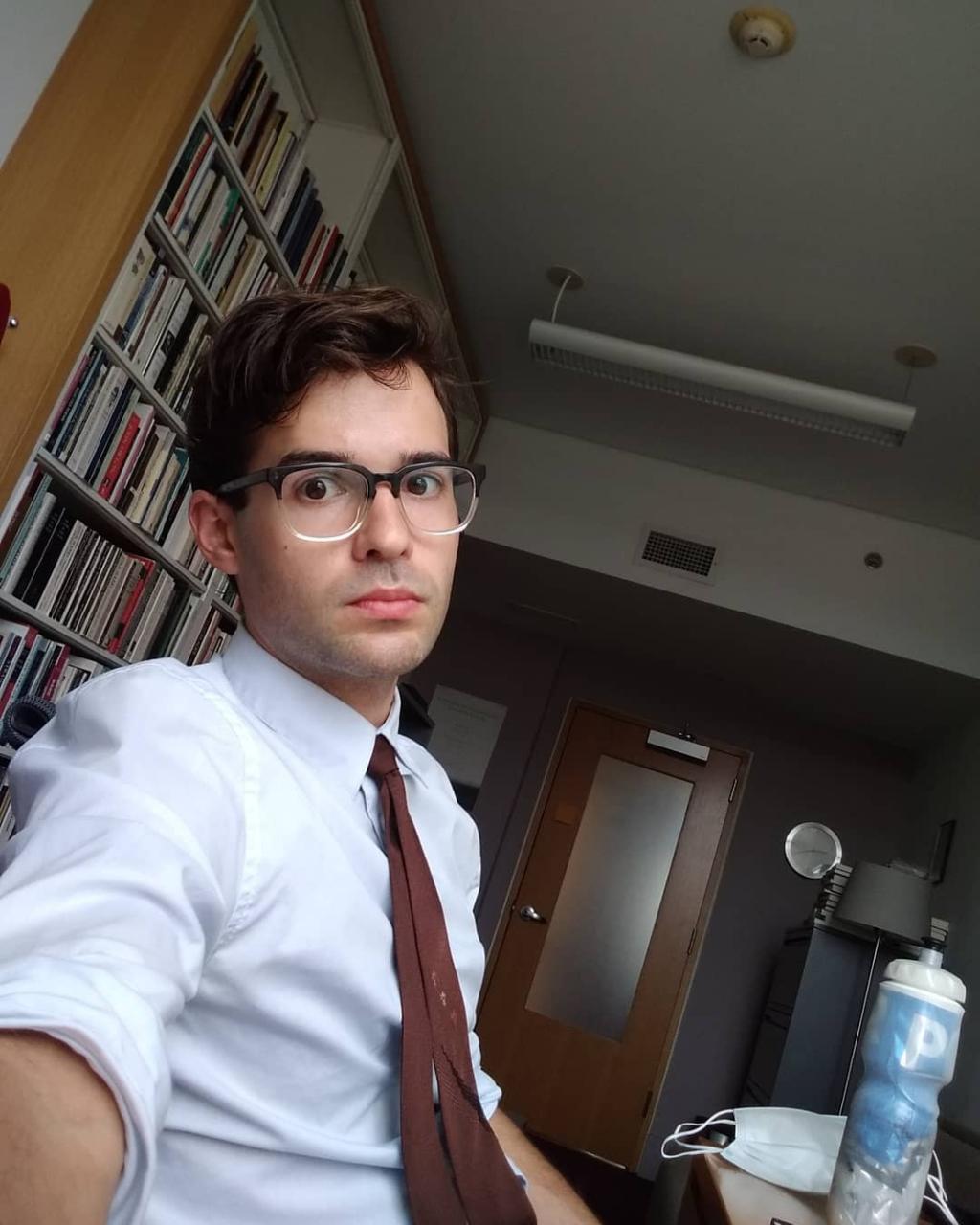 Devin William Daniels is a Ph.D candidate in the Department of English at the University of Pennsylvania. His research examines 20th-century cultural production and the histories of surveillance, computing, security, and welfare, with particular regard to the historical forms of the novel and the state. His dissertation, "Informatics States: Administration, Identity, and Surveillance in the U.S. Novel, 1940–1977," considers how the novel understood, depicted, and engaged with the information systems and technologies of administration through which the state comes to "know," define, and interface with its populace and citizenry, from the New Deal to the dawn of neoliberalism. His work is published or forthcoming in Representations, Mediations, English Studies in Africa, Contemporaries at Post45, and Hyped on Melancholy.

His other research and teaching interests include theories of the novel, Marxism, cinema, science-fiction, and critical data studies. Off the clock, he plays guitar in the post-punk band Recognitions, rides bicycles, and watches too much NBA (#TrustTheProcess).

"Kill the Body and the Head Will Die: Realism, Capitalism, and the Financier" Mediations (2021)

ENGL 0040.001 Study of a Period: The Twentieth Century: The Outsider