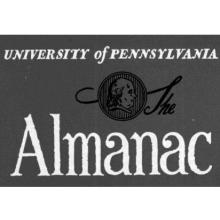 Two television courses for college credit, offered by the College of General Studies previously, will be presented again during the Summer Sessions of 1962, Dr.Jean S. Straub, Director of CGS, announced this month.

They are English174-TV, The Short Story, offered in the Fall Term of 1961, and History 192-TV, History of the Far East, being offered in the current spring term.  Both will be carried this summer by WCAU-TV, Channel 10.

Dr. MacEdward Leach, Professor of English, will present English 174-TV on weekdays from 6:30 to 7 A.M. for six weeks beginning Monday, May 28 and concluding Friday, July 6, omitting Wednesday, July 4.  The examination will be on Saturday, July 21, on the University campus.

Dr. Hilary Conroy, Associate Professor of History, will present History 192-TV, History of the Far East, weekdays from 6:30 to 7A.M. beginning Monday, July 9, and concluding Friday, August 17, for six weeks.  The examination will be held Saturday, August 25, on the campus.

In the fall, English 135-TV, Shakespeare, will be presented by Dr. Robert Y. Turner, Assistant Professor of English, for three semester credits from September 10 through December 21.

Dr. Claude Welch, Chairman and Professor of Religious Thought, will present Religious Thought 3-TV, Living Religions of the World - The Far East, for two semester credits, during the same semester.