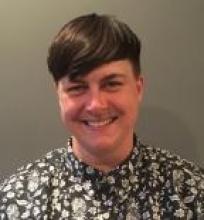 
Greta LaFleur is Associate Professor of American Studies. Her research and teaching focus on early North American literary and cultural studies, the history of science, the history of race, the history and historiography of sexuality, and queer studies. Her first book, The Natural History of Sexuality in Early America (Johns Hopkins University Press, 2018), reveals how eighteenth-century race science contributed to emerging sciences of sex in the colonial Atlantic world. She is currently at work on two new book projects: the first, tentatively titled A Queer History of Sexual Violence, examines the role of cultural and legal responses to sexual violence in the development of modern understandings of sexuality. The other, tentatively titled Counter-Empiricisms: Other Human Sciences in the Eighteenth-Century Atlantic World, rewrites the story of early modern and eighteenth-century empiricism as an expansive, embodied form of knowledge-making that not only delimited understandings of humanness and enfranchisement in this period, but also, at times, expanded them.