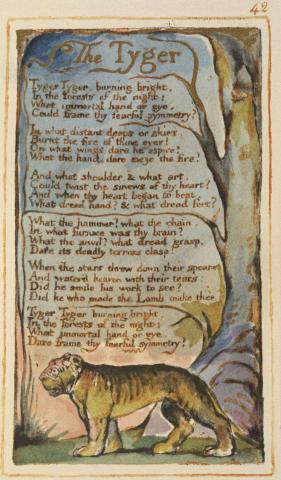 Romanticism declared a revolution in lyric verse, redefining what poetry meant in the Anglophone world—and what it often continues to mean, still to be reckoned with even for poets who reject the emphasis William Wordsworth placed on individual experience. Victorian poets experimented with new and old verse forms to frame unresolved questions about the meaning of scientific discoveries (geological change, evolution, the inevitable end of planetary life) and about social hierarchies and political struggles, from the class system to empire and race to gender and sexual norms, and they wrote for popular audiences far larger than we can now imagine poetry addressing. This course will focus on (mostly) British poetry from the early Romantic period through the late Victorian era on the edge of modernism. Paying attention to poetic form as well as context, we will explore the work of William Blake, William Wordsworth, S. T. Coleridge, Anna Barbauld, Percy Shelley, John Keats, Alfred Tennyson, Elizabeth Barrett Browning, Matthew Arnold, Christina Rossetti, Toru Dutt, Thomas Hardy, and others. We will practice different ways of reading as we discuss major and minor works in various forms, meters, and genres, along with significant movements in poetics and the social worlds that made them. Requirements include participation, short response posts on Canvas, and two papers.