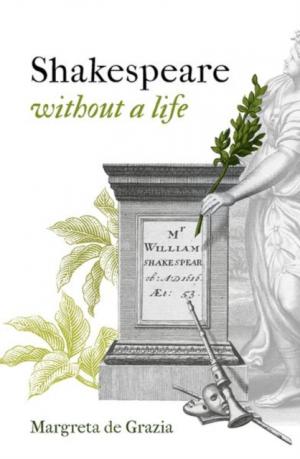 Shakespeare Without a Life

For almost two centuries, Shakespeare had no biography. Neither did his life have a timeline, and historians and archivists did not have the materials to make one. His canon did not include the Sonnets, his only work written in the first person. In sum, the cornerstones of modern Shakespearecriticism were simply not there. Does this mean that Shakespeare was not valued or understood until after 1800? Each of these essays will focus on one of those critical absences. Margreta de Grazia explores the anecdotes that were published in Shakespeare's first 'Life' (1709), which would belargely invalidated by later scholars, and the ways in which a chronology of Shakespeare's plays was established, mirroring popular conceptions of Shakespeare's life as his work progressed from early comedy to late romance. The last two essays consider the lack of surviving documents that relate toShakespeare's life and the search of scholars for archival materials that would further evidence Shakespeare, and the role of the Sonnets - almost lost after Shakespeare's death - in the unfolding of this literary life.