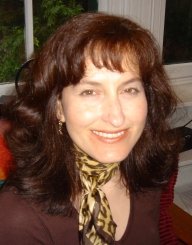 Yolanda Padilla earned her undergraduate degree from the University of California, Davis, and her Ph.D. from the University of Chicago.  Her area of specialization is U. S. Latina/o literature and culture, with additional interests in hemispheric studies, border studies, race and ethnicity in literature, and in questions of literary production and reception.  She is currently working on a book manuscript that examines the role of the Mexican Revolution in shaping early Mexican American letters and politics.  The project studies relatively neglected authors such as Ricardo Flores Magon, Josefina Niggli and Luis Perez, and more familiar writers such as Americo Paredes and Jose Antonio Villareal.  She has coedited (with William Orchard) The Plays of Josefina Niggli:  Landmarks of Latino Literature (Wisconsin, 2007).

ENGL 057.401 Nineteenth-Century Literature of the Americas
ENGL 270.401 The Mexican Revolution in the American Imagination

ENGL 016.401 The Mexican Revolution in the American Imagination
ENGL 070.401 Latina/o Literature and Culture