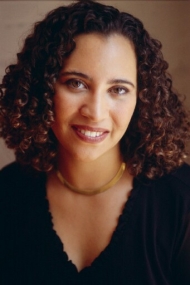 Journalist and editor Meredith Broussard received her BA from Harvard University and her MFA from Columbia University. She has edited two anthologies of strange and true stories about love gone wrong: The Dictionary of Failed Relationships (Three Rivers Press, 2003) and The Encyclopedia of Exes (Three Rivers Press, 2005). Her features, essays and book reviews have appeared in a variety of publications, including Harper's, The Washington Post, Slate, The San Francisco Chronicle, The Philadelphia Inquirer, and Philadelphia magazine. She teaches creative and critical writing at the University of Pennsylvania.

Broussard was awarded a 2003 Individual Creative Artist Special Opportunity Stipend by the Pennsylvania Council on the Arts and has attended the Breadloaf Writers Conference. She is currently working on a book about parenting and risk perception.