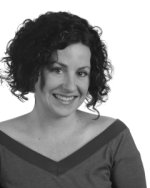 Mara Mills is an Assistant Professor of Media, Culture, and Communication at New York University who works at the intersection of disability studies and media studies. Her first book, On the Phone: Deafness and Communication Engineering (forthcoming from Duke University Press) argues the significance of phonetics and deaf education to the emergence of “communication engineering” in early twentieth-century telephony. This concept and set of practices later gave rise to information theory, digital coding, and cybernetics. Her second book project, Print Disability and New Reading Formats, examines the reformatting of print over the course of the past century by blind and other print disabled readers, with a focus on Talking Books and electronic reading machines. It is under contract with the University of Minnesota Press for their new Manifold print/digital hybrid series.

Mills received B.A. degrees in Biology and Literature from the University of California, Santa Cruz and a Ph.D. in History of Science from Harvard University. She previously taught Biology and English at Santa Cruz High School.

Mills has held fellowships from the National Science Foundation, the Mellon Foundation, the American Council of Learned Societies, the DAAD, the Alexander von Humboldt Foundation, and the IEEE. In 2011, she was the Beaverbrook Visiting Scholar at Media@McGill. She is a founding editor of the journal Catalyst:  Feminism, Theory, Technoscience and a member of the executive council (2016-2018) of the Society for the History of Technology.

Further details can be found at her NYU faculty page.