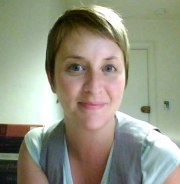 Kathleen Lubey is a Mellon Postdoctoral Fellow at the Penn Humanities Forum for 2008-09. She received her PhD in English from Rutgers University in 2005 and is currently completing a book entitled "Excitable Imaginations: Aesthetics and Eroticism in British Literature of the Eighteenth Century," which examines the pervasive convergence of sex narratives and formal experimentation in poetry, prose, and philosophy from 1660 to 1760. Articles related to this project have appeared in differences, Eighteenth-Century Fiction, and Eighteenth-Century Studies.

Her second book project is in its early stages and examines sentiment and narrative form in fiction, letters, and journal-writing of the later eighteenth century. She has been the recipient of research fellowships from the Huntington and Clark Libraries as well as from Rutgers. Currently on leave from her position as assistant professor at St. John's University in Queens, NY, she teaches graduate and undergraduate courses on eighteenth-century literature and culture, the history of the novel, and gender and sexuality studies.