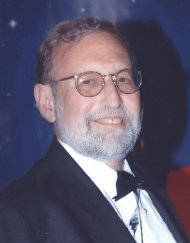 John Stuart Katz is Professor Emeritus of Film and Senior Scholar in the Faculty of Fine Arts at York University, Toronto, Canada, where he was also Director of the Donald Brittain Center for the Study of Documentary Film. He has a B.A from Miami University in Oxford, Ohio, an M.A. from Columbia University, and a doctorate from Harvard University. Dr. Katz permanently moved to Philadelphia in May of 1997.

He has published four books in the field of film, including PERSPECTIVES ON THE STUDY OF FILM (Little Brown, 1971), and AUTOBIOGRAPHY (Art Gallery of Ontario, 1978).  His most recent book, with Larry Gross and Jay Ruby is IMAGE ETHICS, (Oxford University Press, 1988). He is the author of numerous articles and reviews in the field of film.

He was the programmer for the Toronto Festival of Festivals' LESS IS MORE and REAL TO REEL series for a number of years and has served as consultant to film festivals across North America. Dr. Katz was film critic for the ARTS NATIONAL on the Canadian Broadcasting Corporation radio, and T.O. TO GO ON CBC television. He did film reviews for Classical 96 Radio for eight years. Dr. Katz is now co-curator and consultant to the Philadelphia Festival of World Cinema.

He has produced and co-directed a number of documentary films, including the award winning RUBIN, which premiered at the Museum of Modern Art in New York City. He also is the co-author of the screenplay for the dramatic film ISAAC LITTLEFEATHERS, which was produced for theatrical release and CBC television in 1985.

He is presently working with Professor Larry Gross and Jay Ruby on a new book entitled IMAGE ETHICS IN THE DIGITAL AGE.