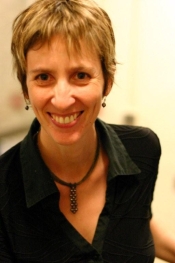 Born and raised in the United Kingdom, Litty Paxton received a BA in English and American Literature from the University of East Anglia. She earned a Ph.D. in American Civilization and a Graduate Certificate in Women’s Studies from Penn. Litty previously taught at the University of East Anglia and at Emory University, where she served as a Postdoctoral Fellow at the Center for Myth and Ritual in American Life. She has received fellowships from the Fulbright Commission, the British Academy, the Alfred P. Sloan Foundation, the Radcliffe Institute at Harvard and the Thouron Award.

Litty’s dissertation examined the cultural history and significance of the American High School Prom and her teaching and research interests include American Culture and Literature, Ritual Studies, Women’s Studies, and Creative Non-Fiction. She has written for The American Journal of Sociology, the St. James Encyclopedia of Popular Culture, and the Philadelphia Inquirer. She has also appeared on film for Michael Moore Live, on air for National Public Radio, and on stage, most recently, in Penn’s 2007 production of The Vagina Monologues.

Litty teaches part-time for Penn’s English Department, Women’s Studies Program, Annenberg School for Communication, and Center for Programs in Contemporary Writing and was the recipient of a Distinguished Service Teaching Award in 2006. When not teaching, Litty enjoys serving as Faculty Fellow for Stouffer College House, performing with the Penn Symphony Orchestra and Sinfonia, and cycling. A founding member of Penn Faculty-Staff Against War on Iraq, she is also engaged in ongoing campaigns for peace and justice. Starting in Fall 07, Litty will serve as the Assistant Director for the Penn Women’s Center.

ENGL 016.403 Do the Rite Thing: Ritual in American Life canceled