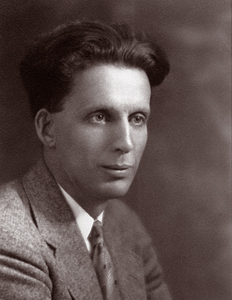 A native of New York City, Professor Griggs attended Princeton University, was awarded a B.A. degree by the University of Colorado, an M.A. degree by Columbia University, and the Ph.D. by the University of London. He served on the faculties of the universities of Minnesota, Oregon, Michigan (Ann Arbor), and Pennsylvania before coming to UCLA in 1947. In 1923 he married Grace Evelyn Riley, who survives him, and who is coauthor of certain of his works.