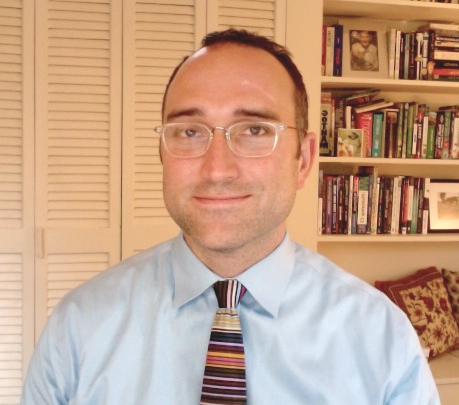 Devin Griffiths received his Ph.D from Rutgers with a specialization in nineteenth-century British literature and culture, after receiving a BA and BS (in molecular biology) from the University of Texas.  His teaching and research interests include science and literature, Victorian poetics, and the digital humanities.  An article on Erasmus Darwin's poetics has recently appeared in SEL, and an study of Charles Dickens's comparative historicism is forthcoming from ELH.  In his current research, he’s exploring nineteenth-century comparative history in the restrospective fiction and naturalist writing, with particular focus on Walter Scott,  Alfred Tennyson, George Eliot, and Charles Darwin.

ENGL 395.301 Fantastic Voyages: Historical Fiction and the Fantasy of Empire from Ivanhoe to The Lord of the Rings

ENGL 260.301 Shocking Knowledge: The Fiction of Discovery from Gothic to Science Fiction