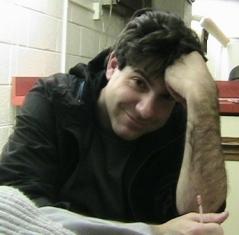 Christopher Donovan is Dean of Gregory College House at Penn, where he supervises residential programs in Modern Languages and Film Culture. He is a graduate of the college (SAS '92) and received his PhD in Contemporary American Literature from New York University in 1998. His literary interest is primarily the 20th century novel, including Dreiser, West, Faulkner, Pynchon and DeLillo. He frequently teaches classes in literature and film, and is the author of Postmodern Counternarratives: Irony and Audience in the Novels of Paul Auster, Don DeLillo, Charles Johnson and Tim O'Brien (Routledge, 2004).

ENGL 292.402 The Coen Brothers and their Influences

ENGL 292.402 The Coen Brothers and Their Influences