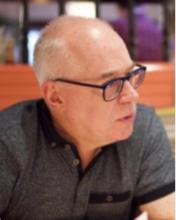 Professor David Wallace was recently awarded the Sir Israel Gollancz Prize, a prize given biannually by the British Academy. It recognizes outstanding work in the fields of Anglo-Saxon, Early English Language and Literature, English Philosophy, or The History of the English Language. Wallace received this award because of “his lifetime contribution to the study of Chaucer and Medieval English Literature.” You can find more information on David Wallace and the Sir Israel Gollancz Prize here.