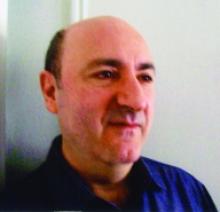 Rolling Stone contributing editor Anthony DeCurtis knew Velvet Underground co-founder Lou Reed and considered him a friend. So when it came time to write a biography of the late singer-songwriter, DeCurtis knew exactly what kind of book he would pen.

As part of his research, DeCurtis interviewed many people Reed knew, including his first two wives. His biography, Lou Reed: A Life, paints a portrait of a complicated man who loved pop music, experimented with drugs and sex and had a history of domestic abuse.

Read the rest of the article here.