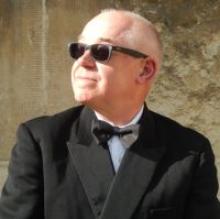 The Medieval Academy of America is the largest organization in the United States promoting excellence in the field of medieval studies. It was founded in 1925 and is based in Cambridge, Massachusetts. The Academy publishes the quarterly journal Speculum and awards prizes, grants, and fellowships. Professor Wallace's year-long term will culminate with his Presidential Address at the 94th Annual Meeting of the Medieval Academy on 9 March 2019 at the University of Pennsylvania. Additional duties and responsibilities include presiding at meetings of the Academy's Council, Executive Committee, and Corporation, and representing the Academy at home and abroad. He will also be responsible for appointing the Chair of the Nominating Committee and members of the selection committees for the Academy’s Haskins Medal and John Nicholas Brown Prizes.

For more information about the Medieval Academy of America, please visit our website: http://www.medievalacademy.org