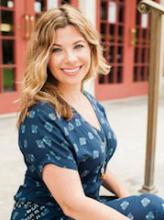 REBECCA SOFFER is the co-founder and CEO of Modern Loss, a publication and community offering candid original essays and resources on loss. She is also coauthor of Modern Loss: Candid Conversation about Grief. Beginners Welcome., which was published in January 2018 by Harper Wave and debuted as a #1 new release on Amazon. She is a former producer for the Peabody Award-winning Colbert Report. Rebecca is nationally recognized presenter on the topics of loss and resilience and has spoken at Chicago Ideas Week, Kripalu, The Commonwealth Club, and BinderCon. She has been published in a variety of media including The New York Times, Marie Claire, Cosmopolitan, and Refinery29. She is a graduate of Emory University and the Columbia University Graduate School of Journalism. Rebecca lives in New York City with her husband and two children.