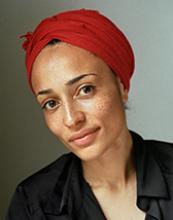 Zadie Smith's brilliant novels have featured characters of every shade and hue, covering an astonishing range of cultures, styles, voices, and ethnicities across many locations of diaspora and belonging. She has further explored the aesthetics and politics of color in her ambitious essays on painting, architecture, philosophy, and literary influences from E.M. Forster to Zora Neale Hurston.

Jed Esty, Professor of English at Penn who specializes in twentieth- century British, Irish, and postcolonial literatures, joins Ms. Smith in a wide-ranging discussion of her work and ideas.

Zadie Smith will be available to sign books after the event.