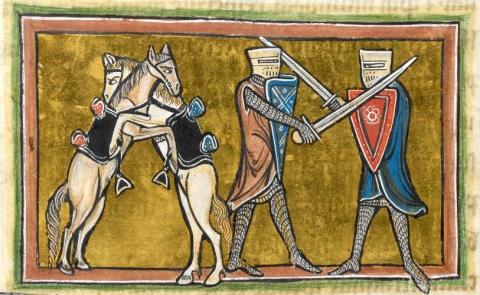 This course offers an introduction to premodern literature written in English, from Medieval romance to Renaissance drama. We will read canonical texts from authors like Geoffrey Chaucer and William Shakespeare alongside works from early women writers, including Margaret Cavendish, one of the first writers of science fiction. By what exclusions was the canon of English literature formed? What aesthetic and political preoccupations were elevated to the level of national art? How might we productively frame our own relationship to past English literature, which, whether acknowledged or refused, continues to shape our very use of the language itself? What are the rules and techniques by which writers in different periods shaped reality, negotiated their own historical context, and affected their audience? By familiarizing ourselves with past genres, tropes, and feelings, this course aims to equip students to seriously engage with English literary history. No prior knowledge required. Students will be evaluated based on class participation, presentations, and a final paper that may be either creative or critical.