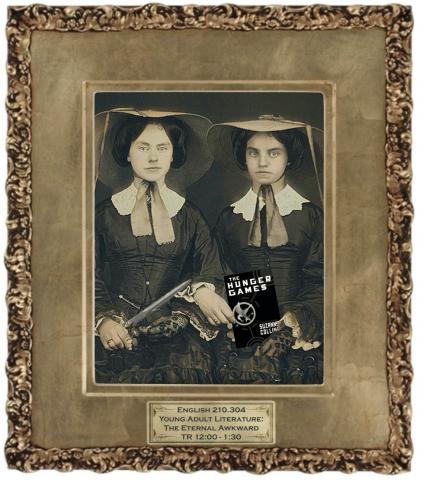 Beginning a hundred years before the concept of "teenager" was even a thing, from a madwoman in the attic and a girl vampire in the room next door, we will follow the progression of Young Adult literature through two-and-a-half centuries, through war and a separate peace, high school and dystopian arenas (when they’re not the same thing), prose narrative to graphic novel to some forays into Instagram and YouTube. Along the way, we will explore questions including what YA even means; whether and where audience is as integral to the work as the characters and themes within it; how the distinct construct of "teenage" brings a unique lens to traditional literary elements like POV, voice, and narrative structure.

Some of the authors we might read: Charlotte Bronte, Suzanne Collins, Jason Reynolds, Joseph Sheridan Le Fanu, Anna-Marie McLemore, Noelle Stevenson, Benjamin Alire Sáenz, Marjane Satrapi, Mariko Tamaki, John Green. Assignments will include several short essays, a presentation on your literary passion, and a final project where you can choose to be fiercely critical or wildly creative. Melodrama optional.